Every year, we give you the opportunity to pick your Clarkesworld favorites from the prior year. This time around, we are focusing on your favorite fiction and cover art from 2009 (listed below).

You can take the survey at http://clarkesworld2009.questionpro.com.

Everyone that participates will be in the running for one of five free copies of UNPLUGGED: THE WEB'S BEST SCI-FI & FANTASY: 2008 DOWNLOAD, a new trade paperback from Wyrm Publishing.

We will close this survey on January 30th and publish the results in our next issue. 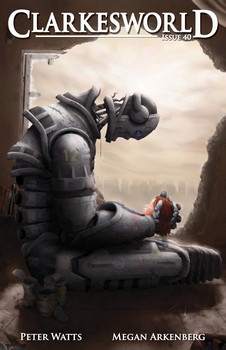