Another Word: Stories that Change the World

I run an online writing school, and part of that means coming up with new class ideas, ones that interest and engage and allow people to find new tools for their writerly use. Classes such as How to Write Steampunk and Weird Western, Using Literary Techniques in Genre Writing, and How to Write Flash Fiction.

But sometimes I try to change the world with those classes.

Last fall I came up with such an idea, a class called, Writing Stories That Change the World. I wanted to talk about how fiction can inspire and inform, how it can teach, how it can be an instrument for spreading empathy and understanding. Stories are the original memes; they shape the way we think, and much as the saying goes, you are what you eat, you think like the stories you consume.

Is it possible to consciously create such narratives without them becoming just propaganda or didactic message fiction? Can we write stories that give people what they need to psychically survive in an increasingly deranged world? And if so, the question still remains: How?

I have found one of the best ways to learn something is to prepare to teach it—and then do so. This class was my attempt to get better at this particular art, and I know many of the takeaways will shape the fiction I’m writing and will write in the future.

At the same time, I knew this would be a challenge in part because it involved my spiritual beliefs, which includes the idea that teaching is a responsibility and a privilege. Helping generations down the line make a better world, to live ethically, responsibly, and joyfully, being everything that they can and want to be, is not optional. And its corollary—that to teach hate, to corrode those generations with fear, poisonous distortions, and selfishness is one of the evilest things a human can do.

Wow, that got serious fast. You may be able to perceive why this was going to be a challenge.

First, I fleshed out the title and added three things that I considered most crucial for such stories: empathy, insight, and hope. I began with empathy because that’s one thing the majority of stories teach: how to put ourselves inside someone else’s skin in order to realize how many similarities there are despite outward differences. Stories may in fact be the best way to teach people how to develop that skill.

When we examine the emotional core of a story, we find that it teaches us something about the complex art of being a human being. It shows us someone confronted with a basic problem or situation and coming to terms with those stressors by making choices. We teach empathy by making the reader identify with the character and we show them, in that act, what another person’s experience is like.

We teach empathy by creating compelling characters that draw in the reader. Perhaps by creating an unlikable character and then showing how they came to be that way so the reader can understand—and begin to like, perhaps to love—them. Or by showing a landscape so different from the reader’s day-to-day existence that they begin to perceive what they take for granted, and why it shouldn’t be. Enabling the reader to question their assumptions in a way that helps them learn and grow. Evolve.

The second quality I focused on was insight, and a particular type of insight: self-perception. Here my personal beliefs wandered in again to lend their input, because I’ve always felt one important step of being a decent human being is to recognize and come to terms with one’s internal flaws. An old friend calls this “acknowledging your inner shittiness,” a willingness to admit imperfection in oneself and forgive it, a vital step in learning how to do better.

How do we teach insight? By exercising it, first and foremost, on ourselves. Socrates said at his trial, “The unexamined life is not worth living, ὁ δὲ ἀνεξέταστος βίος οὐ βιωτὸς ἀνθρώπῳ,” and it’s true. How can we make ourselves better without knowing the baseline at which we start? Showing stories where the characters exercise insight is a basic strategy here, but it cannot be accomplished without knowing how to exercise it ourselves.

The third quality was yet another vital one: hope. Because stories that do not provide hope teach nothing but despair. Sometimes there’s an appeal to that nihilistic urge, the draw of the gothic and dark—but that was for another class. I scribbled it down in my outline and continued to think.

We began the class with an obvious starting point: the idea of message fiction and propaganda. To me one thing that distinguishes propaganda is that it discourages, rather than encourages, thought. Perhaps by providing pre-programmed talking points, perhaps by normalizing lack of thought and unthinking obedience to authority.

I stressed the idea that stories, and particularly stories that teach, are stories that help people go on to make good choices and be responsible world citizens. Those stories do change the world. It’s only rarely something like inspiring someone to go on and become a world leader. Something that inspires people to vote, for example, is just as valid.

Another thing that you want to do with stories is empower people. We talk about the idea of making choices, that one way you empower people is you show someone that they can identify with making that choice. Someone that is like them, in that situation. And overcoming it as a result of applying that value. This is where diversity matters. Diversity matters so much because it gives folks that have been starved of a protagonist like themselves a character they can embrace and identify with.

I made them watch a clip from Moana as an example of the sort of story that I thought taught particular values—as well as being a kick-ass scene.

Moana is a hero here. She stands firm in the face of the onrushing monster and she defeats it not with force but empathy and trust and a willingness to reach out and see the pain at Te Fiti’s core. It is love and courage that brings us our happy—nay, more than that, our joyful—ending. May we all be as brave and empathetic as Moana, who I think will continue to inspire plenty.

Another thing that I want to point out about that Moana moment, because I think this is a source of emotional punch, is this. The moment is not oh, she puts a stone in and everything is fine and then we’re done. Instead there is a long, lingering moment as we see the green racing over the land, see the flowers, and Te Fiti rising up, and we can revel in the emotions it evokes. Give the reader time to experience the joy and hope. Give them moments to savor. Give them inspiration that they can take into the darkness.

One subgenre that I had to mention was hopepunk, a term first coined by Alexandra Rowland, who explains it eloquently. We need more hopepunk. We need stories that say there’s no special predestined Chosen One, but that anyone is capable of becoming a hero. We need stories of people working together rather than against each other.

Towards the end, we talked about the fact that it’s hard to write hopeful stories when you’re not feeling hopeful yourself. I shared some of my personal practices, such as when I wake up in the morning, I think of one thing that I feel grateful for. It doesn’t have to be huge, it can be teeny-tiny. I try to be good about practicing self-care, and that’s not just physical, but spiritual. I get to the gym. I go for walks. I look at art. I read. I do the things that nourish my soul. And I move outside my comfort zone and challenge myself on a regular basis, whether it’s an interaction I am dreading down to my toes or a dive with literal sharks.

Finally, one thing I keep in mind is that the way that you perceive things is very much shaped by the way that you expect to perceive them. And while there is plenty of bullshit that will contradict me, I believe that most of the time, if you go into situations and interactions with a positive attitude and expecting the best of people, you will end up far, far, far better and happier than if you go into interactions and situations expecting the worst.

Some people are more negative by nature. That is human nature, it is what it is. If you practice hopefulness and you practice positivity, you get better at them. I know that I’m a more positive person than I was two or three decades ago.

I wrapped up with these words:

This is stuff that I think about, and I believe if you think about it, you end up being a better writer. Or at least you come closer to being the sort of writer where people remember your stories. And you can write comfort food, right? It’s absolutely legitimate to write comfort food. Comfort food sells. But, if you want stories that are going to survive the test of time, they’ve got to have more heart to them than that.

People seemed happy after the class and I got a lot of personal thanks in e-mails. Enough people have asked about it that I made sure I added it to the next round of live classes and will teach it again in March.

I write this now with the partial government shutdown having gone longer than any other in history, with story after story about federal employees reporting to work despite not being paid, and more stories emerging about how this will forever change them. I write this in an America that separates immigrant children from their parents. I write this at a time when there are forces actively fostering hate, deliberate untruths, and perversion after perversion of justice in their zeal to defend a parasitic kleptocracy.

I write this now at a time when we most need these stories if anything’s to change. 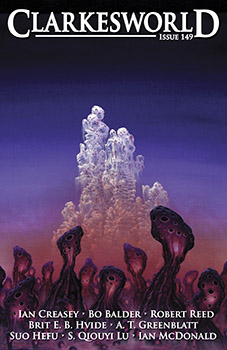