Another Word: Assimilation, Multiculturalism, and Me

A few years ago, I was at a workshop with an author who I deeply admire and personally enjoy. We were talking about community, and what made up our community, and it became clear very quickly that we had completely different definitions of the word. She meant something like “people who mutually acknowledge themselves to be peers,” where I meant something closer to “whoever’s actually around.” By her definition, for instance, there aren’t any high school dropouts, drug dealers, or billionaires in my community. By my definition, of course, there are.

When I was young, my father read me a story about a man who stepped out of bed one morning and sank into the ground a little. Through the whole day, the man sank lower and lower until, at the end of the story, he was entirely underground. The last image was of him reaching up to touch the sole of his lover’s shoe as she stood waiting for him.

The story was by Enrique Anderson Imbert and wasn’t translated into English. My father was translating it to me as he read. Imbert became one of my favorite authors of weird stories—the one about the man who became so light that he had to be tied to his own bedpost until the line broke and he floated away; the one about the father who vanished in front of his family—even though, because of my ignorance of Spanish, I couldn’t read the stories for myself.

The stories were surreal and strange, and the recurring theme of disappearance had a sense of melancholy and threat that a kid like me fed on. When I started writing, Imbert was as important to me as Arthur C. Clarke or Robert Heinlein. It was years before I found out that Imbert was Argentinian and heard of the dirty war.

My parents read to me a lot and widely. John Bellairs and Lloyd Alexander and C. S. Lewis. I don’t think my parents took part in reading circles (does anyone actually have reading circles anymore?) out of poverty. It was just something they enjoyed, and because I was the kind of kid I was, I enjoyed them too. I remember walking about three or four blocks from our house to a friend’s. I can’t remember who the friend was or who was there, even though I still drive past the house almost every day when I’m taking my daughter to school.

But I do remember they were reading Maya Angelou. I was older than seven, younger than fourteen. I couldn’t put a year to this if you paid me. I remember a little bit of the floor plan of the house we were in. I don’t know who was reading, and I certainly don’t remember their voice or the words. I remember being Maya Angelou auditioning to be a dancer at a sleazy strip joint, not sure what to wear or what to dance to, intimidated by the sexuality of the other dancers, improvising to a song I hadn’t rehearsed to. I remember the sense of insecurity and humiliation and the profound relief bordering on gratitude of getting the job at the end. It was as heady and intoxicating for a preteen Anglo boy as anything I’d ever heard.

It’s three decades later. Before I wrote this essay, I went back to track that scene down. It’s short. Maybe two or three pages. It was exactly like I remembered it. I even remembered which song she danced to.

Not to speak ill of the dead, but after college, I worked at Borders Books and Music. Shelving books was part of the job, and there were four-digit codes that told us which section each of the books belonged in. The first digit showed the general section—art, for instance—and the next three narrowed it: single-artist coffee table book. Or psychology narrowed to self-help. Things that were generally related but not the same all got their own shelf space. In fiction, Literature got the lion’s share with the other categories—romance, horror, science fiction, African-American literature, mystery—all getting their own little stretches of shelf.

Now, be honest, did you have a little hiccup there? African-American literature had its own shelf space. I wasn’t shelving Maya Angelou up near James Agee or even Kobo Abe. She was over with Toni Morrison and W. E. B. DuBois in their own place, as if she were not part of my literature. It was the only place in the store that books were shelved according to the race of their authors.

When I talked to my manager about my discomfort with this, she told me that the company did it that way because black people wanted to have the section. They would come in and ask for it. Those were books (I took her to mean) that in the opinion of the corporation spoke to their experience, not ours. This was reinforced by the fact that the first digit of African-American Lit wasn’t the 6 of literature but the 3 of anthropology and sociology.

There are more stories like those. Seriously, I could go on all day. Jorge Amado’s Home is the Sailor with its hilariously intrusive narrator and my misunderstanding of the word “cunt.” The central place of Albert Manguel’s magical realist anthology Black Water in my early short stories. My introduction to bell hooks via Jane Campion’s The Piano. Octavia Butler, Mario Vargas Llosa, Italo Calvino. Red Sky at Morning. The Ways of White Folk. My reading was always omnivorous, and sometimes the stories were by and about people who weren’t like me. Sometimes they were important to me all the same.

The debate between multiculturalism and assimilation—between the salad bowl and the melting pot—hasn’t got a side that matches my experience.

As I understand it, assimilation calls for identifying with the dominant culture—teaching and speaking only English, Americanizing names, etc.—in order to build a common context everyone participates in. The good part of assimilation is the goal of a unified, shared culture, a kind of universal buy-in of mutual allegiance. The bad part is that it does it by trying to ignore, silence, and pretend away things that don’t fit with the picture of that culture. That strikes me as . . . well, wrong-headed is a polite word.

Living as I do in the only state in the union that’s bilingual by its constitution, I have a better opinion of multiculturalism, but not without reservation. The good part of multiculturalism is that it tries to acknowledge and celebrate things that aren’t usually included in the dominant narrative, and I’m comfortable with that. The consequence that doesn’t sit so well with me is that, in practice, we seem to divide traditions and voices into fiefdoms—African-American culture, Hispanic culture, white culture. When I say that seems wrong to me, I don’t mean morally wrong. I mean inaccurate. My experience is that as soon as two cultures touch, they mix.

One of my father’s hobbies is tracing cowboy slang back to Spanish: vamoose from vamonos, mosey from muevese. The tradition of rhyming poetry came into the Western world from Moorish Spain, and I hear it on my radio every day. On the Day of the Dead, my daughter and I went to my grandmother’s grave and left a picture of my kid and a pack of cigarettes on it. I didn’t go down to the south valley for the parade, but about half the people I know did. I went to a Japanese drumming performance once where the opening act was an Indian heavy metal band. My lived experience already draws from more than what “white” or “Anglo” supplies.

My family came from a highly religious Welsh community and moved to America, or, more plausibly, made up Welsh roots to hide Jewish ones. (Ira and Miriam Abraham, the Welsh Christian couple. Suuuure.) Other folks I know are in families that came to New Mexico before it was American; they spoke Spanish, hid menorahs in their basements, and pretended to have pork allergies. And there are people whose families came here in chains. And people who were living here when all these other folks showed up. And people who aren’t Americans at all, but publish books for American audiences. Or whose books found their way to a guy who could translate them on the fly while he was reading to his kid.

Maya Angelou and Enrique Anderson Imbert already a part of my literature, no matter where they get shelved. Likewise Toni Morrison, and Octavia Butler, and Eduardo Galeano, and Alberto Manguel. Their books are available, although some require some work to track down. I’ve read them. I’ve incorporated, rejected, and forgotten bits of all their work. My literature also includes Dorothy Sayers and Dorothy Dunnett, Robert Silverberg, Leigh Brackett, Albert Camus, Terry Brooks, Rumi, David Eddings, Cornell Woolrich, Orson Scott Card, and Dan Simmons. Hell, it includes The Turner Diaries, and I think that book’s evil.

My literary experience is broad and unfocused and it’s not a tenth of a percent of what’s out there. Some of it’s wonderful, some of it’s hateful, some of it’s kind of goofy. The books cover the whole range of sins and conflicts within and among people, and they talk about universal experiences that everyone shares. They walk me through experiences and perspectives I can’t get to any other way and make my life richer, deeper, and more interesting. My guess is they do the same for you.

I believe in a single, common literature too large for any one person to embody or experience. It’s a literature that has deep conflicts within it, where people’s experiences diverge and their descriptions of events can be mutually exclusive. By literature, I mean culture, and by culture, I mean society.

And by believe, I don’t mean aspire to; I mean it’s already like that, whether we acknowledge it or not. 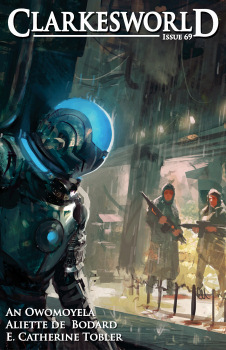