Another Word: My Own Private B-Movie

My first B-movie was The Warriors, an action flick set in a nebulously dystopic future where New York City is ruled by gangs. During a huge meeting, messiah presumptive Cyrus is shot in the middle of a galvanizing speech. The shooter pins the crime on the nearby Warriors, a gang from Coney Island that, hopelessly outnumbered by Manhattan’s finest, have to fight their way home. These days, I know it’s a masterpiece of self-conscious coolness that’s landed firmly in the pantheon of cult classics. When I was ten, all I knew was that I’d discovered something amazing that I couldn’t quite define.

When it comes to B-movies, we’re still trying to define them; we never will.

Remember the one where John Agar falls through a mountain and finds a civilization of enslaved mole people and pasty locals? Remember when Geena Davis takes alien visitors to a nightclub and it ends in a dance contest? Remember the musical numbers in Paint Your Wagon? Remember Starship Troopers?

To fall in love with B-movies is to search for the sublime. There’s a particular cultural participation inherent in watching a film where all the seams are visible in the post-it plots and the zip-up monster suits or where the sheriff faces the gunfighter in the only clapboard city in the West; there’s a peculiar brand of enjoyment in ninety minutes of unintentional subtext separated from you by a comforting layer of irony. That indefinable cheesiness of being has turned the B-movie, over the last century, from a cinematic afterthought into something of an accidental artistic pursuit.

What makes a B-movie is, however, a nebulous and shifting concept—less a scientific process than an attempt to classify its achievements amidst shortcomings. They’re the second-runs in a double feature, until pop culture makes them an art form of their own; self-awareness goes a long way in a B-movie, unless utter seriousness is better; the budgets are tight, until it’s Waterworld; it’s a B-movie, until it has enough stylistic or narrative momentum to be a cult classic instead.

B-movies occupy the liminal cinema spaces between prescribed formula and personal love letter; they capture, for better or worse, the artistic abandon of questionable decisions. The enduring artistic impact of some unlikely contenders is that they manage to embrace—or subvert—their secondhand tropes, sometimes with a budget barely bigger than community theatre. Ed Wood’s wildly passionate works about the dangers of sweater girls and alien visitors have only grown in appeal since Wood first decided that editing was a suggestion, not a mandate; pulpy heroines hearkened back to the antiheroines of the early talkies, sitting in stark contrast to the marquee darlings who obeyed the Hays Code regulations by being patient and moral.

He’s not the only one; in between more marketable cop-franchise flicks, Walter Hill tried his level best to lovingly craft the ultimate B-movie. The Warriors is his best-known film,  but 1985’s Streets of Fire is perhaps the closest he ever came, a sci-fi rockabilly rescue fable in which every line of dialogue, ground out though the grit teeth of people too hard-boiled to handle, and is interrupted liberally by in-situ musical numbers. Hill himself described the film as  a shopping list of B-movie hallmarks he holds “great affection for: custom cars, kissing in the rain, neon, trains in the night, high-speed pursuit, rumbles, rock stars, motorcycles, jokes in tough situations, leather jackets and questions of honor.”

With this, perhaps, Hill has come the closest possible to My Own Private B-Movie—by making the one he wanted. Until the instant he released it, of course, because then it wasn’t up to him; it was up to the audience.

By their nature, and like any piece of art, films synthesize their forebears and disseminate themselves into the canon, sneaking sidelong into the collective imagination (pop culture is a language of metaphor and reference—we all live in Tanagra now). Movies and television, as easy-access visual mediums, make this process even easier, and create shorter and shorter cycles of vocabulary: Gene Tierney, white-suited, sitting in a boat with sunglasses in hand; a girl with a grimy nightdress and long black hair; a cat sitting solemnly in front of a keyboard. Eventually, it doesn’t even materially matter if you’ve seen the particular film in question; one way or another, you kind of have.

And that’s largely the way a B-movie develops within that particular place in the canon. You can experience a great film in any number of private, introspective ways reflective of its artistic and narrative successes; everyone in a showing of Upstream Color walks away with a film experience of their own. You can watch a B-movie alone in a cave (you shouldn’t, that’s excessive unless you’re camping, but you can), and you’re still participating in the shared experience that categorizes those earnest, imperfect flicks; when Jeff Goldblum shows up in his fly prosthetics, you are watching alongside everyone else who has ever flinched away from the screen, then laughed uncomfortably, then looked for the seams, then cried. B-movies want you to; that’s why they’re there.

And earnest it should be. Not in its content—that would be leaving out too many pulp classics, cynical noirs, and satires. But to manufacture a movie with the intent of making it a camp classic is a dicey proposition; it might well be intentionally camp, because John Waters would be grievously unemployed otherwise, but a movie’s place in the B-movie canon is rarely premeditated. (Where you are on this scale will probably be defined by how you feel about The Rocky Horror Picture Show.)

These days, most traditional studios tend to avoid B-movies (at least intentionally, though someone should talk to Tyler Perry), especially if one discounts the ten-dollar torture-porns carting their carousels of prosthetics to an inexpensive Eastern European locale. The B-movie, in this vacuum, has effectively split into two wildly different mediums. One, interestingly, is the blockbuster, where tropes are ten million dollars a pop, every muscle car is a deadpan homoerotic wonderland, and every Transformers plot hole can be fixed by two huge robots fighting.

The other is television, where the collective experience is less expensive and more flexible, and every episode of The Vampire Diaries is an installment of an endless teens-in-peril serial that would make Flash Gordon proud. (SyFy, our last best hope for the weekly B, gave it a brief go that left us with Mansquito before recycled effects and contract actors who could be forced to be present but not to care meant there was no fun left—a death knell for that elusive thread of joy hiding in every true pulper. Still, even SyFy occasionally strikes; every few years you get Jersey Shore Shark Attack, a spot-on satire wrapped in the comforting cloak of every B-movie trope you’ve been missing, right down to Joey Fatone being eaten by a shark that dives through a window and knocks him away from the mic just before his first note.)

Rare is the art form that can achieve greatness by being simultaneous disasters and masterpieces, appreciated both for what they are and for whatever Quentin Tarantino can make people think they were, and encompasses Westerns, science fiction, crime thrillers, and romances with equal enthusiasm. There are few absolutes for something that’s become such currency in pop culture. Maybe the closest to a golden rule we can come is that every time you watch a true B-movie it is, somehow, all yours, and just like the first time. 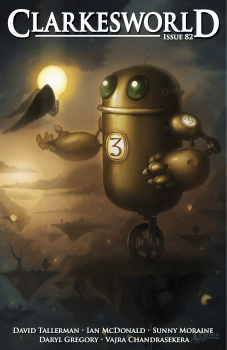