Another Word: Softly Dying Darlings, and How to Deal with Them

This past August was my first time at GenCon in Indianapolis and I was asked to be on a panel about story revision. In preparation, the savvy moderator sent us a list of possible questions to review, so that we could highlight the ones we were most interested to answer.

Among the list, was a leading question about “Killing your darlings.” I wrote a big NO beside this question, not because I didn’t want to answer it, but because my version of Killing Darlings is different enough that it might take the entire hour to explain. Or very conveniently, the exact length of this essay.

Most take Killing Darlings literally, as in the George R. R. Martin sense of the phrase. Create a character, fall in love with them so much that they almost become the star of the story, make the reader fall in love with them, and then sacrifice them to the god of fiction before the end of the book.

To me, the meaning is a bit subtler. “Darlings” can be anything you love, or you think you love. When I reflect back on all the things I’ve watched die in my career—characters, plotlines, titles, friends, family, lovers, my naïve perceptions of the industry, books I’ve never published and books I have—I realize I’ve become quite the undertaker. At the very least, it certainly alters one’s perceptions.

The first Darlings I had to learn how to kiss goodbye were my titles. The Telaphab from Z-A became AlphaOops: The Day Z Went First in two shakes of a lamb’s tail, and I had no say in the matter. “Telaphab” is the word “alphabet” with all the letters mixed up, which is exactly what my story was about. But it was too clever, they said. No one would figure that out, they said. “AlphaOops is great!” they said.

They were probably right. In the last twelve years I’ve seen and heard just about every version of this title, including “AlphaOpps,” “AlphabetOops” and “AlphaPoops.” The Telaphab would have flown right over people’s heads. And yet, I’m still kind of bitter about it.

Sherrilyn Kenyon told me to start saving my book files under the name of the main character. “Sunday” was easy, because that’s what the short story was called. When the novelization of that story was bought, the publisher didn’t care what the short story was called. They liked Enchanted. Didn’t care if it was the name of a Disney move and a Taylor Swift song. I gave in . . . while also coming up with titles for the other six books in the series.

I asked if Beloved would be okay for book three, despite the fact that it’s a Toni Morisson title. “Sure,” they said. “It fits with the nursery rhyme. Your book is so different, no one would ever confuse the two.”

A few weeks before the preorder launch, I got an email saying I had just twenty four hours to come up with another title. (Because Beloved is the title of a famous Toni Morrison book, dontcha know.) After a solid day of researching through the dictionary, thesaurus, and the collected works of Shakespeare, I submitted a list of titles. Dearest was last on the list, tossed on right as I wrote the email. I didn’t even like it.

So, of course, that’s the one they picked.

Whenever I hear a fledgling author tell me that they have the perfect title for their book, I say, “Oh, honey,” in that very southern “bless your heart” sort of way. I can almost see the Executioner of Darlings, sharpening his ax.

I have to say though, the toughest ones are the Darlings that die on your hard drive, withering on the vine. These are the ideas that never leave the notebook. The outlines that no one loved enough. The stories that still yearn to be books, or comics, or television series, but only make enough money for coffee and a donut.

An aspiring writer in one of my groups recently asked about an idea that was becoming too big for his short story. It needed to be a novel, he said, so he considered scrapping the short story and tucking in for the long haul.

As a veteran of the publishing industry, I will tell you that this is 100% the wrong thing to do.

Write submittable material when you can—especially when you’re just starting out. Finish it (finishing something is one of the toughest learning curves, so you may as well work on it now) and submit it (getting used to rejection is another hurdle) and keep moving forward (momentum: a thing with which you will never stop struggling).

“Sunday,” as mentioned above, was my very first professional short story sale. While I was mulling over the plot and before I had even written a word, I had a moment that I still remember to this day. I was in the car on my way to Charleston to visit my little sister, and my brain stumbled across the most magical, amazing subplot about Aunt Joy and the nameday gifts she had given all the Woodcutter children.

I also knew, deep down in my heart, that this particular bit of information would completely derail my already dense storyline.

I made myself a promise in that moment: I would write the short story now, to hit the deadline for the Codex Writers contest, but I would ABSOLUTELY WITHOUT A DOUBT go back and write the novel version of the story that the world needed hear.

That story became Enchanted, my first published novel. It released in May of 2012, six years after “Sunday” was published as the centerfold title in Realms of Fantasy. And while it took me two days to write that story, it took me five years to finish the novel.

That one was a success, but there are so many others that died on the vine. “Grim Repo,” still dreams of becoming a graphic novel series someday. I saw “Santa CIS Episode One: No Saint” as a potential holiday TV miniseries. Fortunately, that last idea was lucky enough to make it into the Upside Down anthology.

My proofreaders were all mad that “The Goblin and the Treasure” from Once Upon a Quest wasn’t already a novel. It’s not that I don’t want to write a goblin novel with all my heart (featuring large worldbuilding chunks that I already possess, left on the cutting room floor of When Tinker Met Bell), it’s that I just don’t have the time right now to pen an 80,000-word novel just for funsies.

I’ve got several freelance articles and reviews to finish (including this one), a picture book pitch to rewrite for a major publisher, a grant proposal to polish up and submit, three audios to finish recording and/or promoting, a fairy tale rant script to polish up for my Sideshow at DragonCon, and the rest of a to-do list before I can even think of tackling the 45 book ideas I wish I was working on right this second.

Oh, my dearest Darlings. But I can’t think about them, lest their neglect overwhelm and derail me.

As a pro writer, you have to go where the money is first. After you write the “pocket projects,” as Jane Yolen calls them (to put money in your pocket), then you get to write the stories for your heart. This is one of the biggest daily struggles I face. Those Darlings haunt me, constantly.

Lately I have made a deal with myself: I have broken my to-do list out into several categories (don’t judge). I have:

1.) Tasks I Can Accomplish In a Short Amount of Time

2.) Tasks That Take Longer (but Still Need To Be Done)

As long as I can accomplish one of the items from the first two lists (I think of this as my “office hours”) while keeping an eye on the third, then I am free to do whatever I want with regards to the last. Maybe it will be work on that contemporary romance novel, or this essay collection, or that memoir, or that YA novel I always wish I’d been able to finish.

I am aware that if I picked one project and stuck to it, I’d probably have all of these finished, eventually. But I know that’s not the way I work. As long as I keep fiddling with them, who’s to say that they won’t all be set loose into the world at some point anyway?

And all the rest of those ideas and short stories wishing they were picture books and novels—they will continue to languish on my hard drive, dying slow, lingering deaths as they patiently wait their turn. 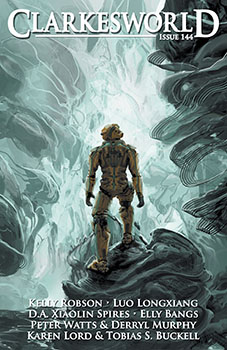