I graduated from college with a BS in Biology. That’s not what you’d call a terminal degree, and the job opportunities that opened before me weren’t exactly in my field of study. I was engaged to a lovely woman who had plans to travel, and so it followed that I did too. In the meantime, though, I needed a job. Not a career, but something I could do to get the bills paid. And, if possible, I wanted something that was fun.

Borders Books & Music had a fair-sized store not far from me, and, being the sort of person I am, I’d spent a fair amount of leisure time there, browsing and drinking coffee and listening to whatever CDs the music staff put over the store system. I applied there, I got the job, and within I’d say a month I didn’t go there for fun anymore. The office politics, the corporate policy, the constantly changing schedules, and the exposure to the public changed my experience. I started having nightmares about faceless people coming up to me and saying, “Yeah, I’m looking for this book?”

The place I’d previously gone to play and relax and enjoy myself had become something else. It became a job. The tradeoff was they paid me. And I got to borrow books. And I got a little store credit every month. Honestly, apart from the office politics, it wasn’t that bad a gig.

One of the unexpected benefits was that, at that time and in the brick-and-mortar book industry, the pressure of the paid-for endcap hadn’t come completely to bear. In my assigned sections, I got to pick which books got the special display. I got to put up staff recommendations with my name on them. Even better, I got to see how much my recommendation made a difference. There was one particular book—The Age of Propaganda: The Everyday Use and Abuse of Persuasion by Elliot Aaronson and Anthony R. Pratkanis—that had barely sold at all until I faced it out and put a recommendation by it. Then we sold five to six copies a month, which might also have been example of the subject.

The world of book retailing is a different place now. The books that get faced out and recommended in the big chain stores are more a reflection of marketing budget. The Borders that I used to work at is an empty building in a dead shopping mall, waiting to be renovated and reinvented, or else knocked down. But there’s a whole new culture of recommendations and reviews and discussion that didn’t exist in those dark days before anyone knew what the Internet was. Now we have review blogs. We have Goodreads. Amazon and Barnes & Noble have even made it possible to review the reviews and say whether a particular comment was useful or not. The conversation about what books are worth reading and why is broader and deeper than I could have imagined back when I could recommend a book just because I liked it—and have the privileged position of retail clerk give my opinion weight.

The thing is, I don’t write online book reviews. I signed up for Goodreads, and I get notifications all the time about things my friends have read and what they thought of them. When I get something from Amazon or Barnes & Noble or Powell’s, I’ll cruise through the reviews and see what people said—not just about the book, but to one another in the comments about the reviews. But when the time comes to decide how many stars to give something I just finished, I almost never do.

It took me a long time to figure out why I’m so reluctant, but here’s what I’ve come to: The more I practice something, the better I get at it.

Looking back at how I learned to talk about literature, there are three main models that I was taught. First, there were the book reviews that I did in middle school. They weren’t analyzing the story so much as offering evidence that I’d read it. Plot summary was enough, and I’ve read reviews on Amazon and Goodreads—and sometimes in the bigger magazines—that are pretty nearly that. Here is a book; here is what happens in it. I liked it, or I didn’t. Thank you and good night.

Then there were papers, both in high school and college, that were written more or less the classic five-paragraph style. Introduction with a thesis statement, three things about the book that were interesting, and a conclusion. I have a confession to make here. Mrs. Winters, if you’re out there and reading this, look away now. I mastered this form in high school to the point that my final paper in senior honors English was comparing and contrasting two books I had not at that point actually read: Mark Twain’s The Adventures of Huckleberry Finn and Joseph Conrad’s The Heart of Darkness.

I had the handouts from class, and it wasn’t hard to thread them together. Both books were concerned with racial issues. Both took place on rivers. One had characters carried by the current, and the other had characters going against it (no doubt symbolic of something). I got an A- for spelling errors.

That kind of paper is most like literary criticism, and the ideal which my 17-year-old self cheerfully betrayed was that by examining things like the symbolism of rivers and race, we become better readers. I’ve read some literary criticism since then that was done right, and it was a pleasure. But for the most part, I don’t see that in the online reviews. It takes time and a depth of understanding that the Internet doesn’t encourage or reward.

No, the best model of online reviews in my experience is the third model: critique.

I’ve done a lot of critiques over the years. The first were in creative writing classes in college, which could kindly be called the blind leading the blind. I’ve been to professional workshops including Clarion West and Rio Hondo. I was in a local critique group for almost a decade with professional writers including Walter Jon Williams, George R. R. Martin, Ian Tregillis, Melinda Snodgrass, and S. M. Stirling. There are numerous guides on how to give a good critique. The most basic is the “shit sandwich” approach: You say something good about the work, then all the stuff that was crap in the middle, and end with something else good. The most honest was Maureen McHugh’s description of a good critique: “Say something true and useful.” Regardless, the point of a critique is to find fault—often to take a perfectly good story and reread it as many times as I have to in order to find something wrong, then think about how to fix it.

Reviews—useful reviews, professional reviews, good reviews—are most like critiques given after it’s too damn late to fix anything. They aren’t there to help the author do better, but to guide readers toward books they’d like and away from books they wouldn’t. For that, a good reviewer is worth her weight in gold. Reading as a reviewer means keeping an eye toward what’s good and what’s bad. It’s an act of judgment.

Which is to say, it’s practicing dissatisfaction. And like anything we practice, the more we do it, the better we get at it.

My pleasure at being in the bookstore changed once I was doing it professionally. In the same way, my reading changes when I’m thinking about what I’m going to say about a book. It’s already hard enough for me to turn off my critical faculties and read for joy, for pleasure—to read as a reader. I don’t want to be a critic. I want to be an enthusiast. I want to practice loving the books I read and the experience of reading them without looking for how it could have been better. I want to practice forgiving literature its flaws and shortcomings the way I did when I was a kid, before I got sophisticated and analytical.

Readers owe a debt to good reviewers. A mind trained to do that work has made a trade-off, and that sacrifice was made for our benefit. I want to be warned away from lousy books and pointed toward good ones, then I want to fall into the page and just take pleasure in reading. And so, as a rule, I won’t go online and post what I thought of a book. I’ll try not to pick it apart and find its flaws and think about how it could have been done better.

When it comes to reading, I try to be bad at being unsatisfied. That’s something I’m just as happy to leave to the pros. 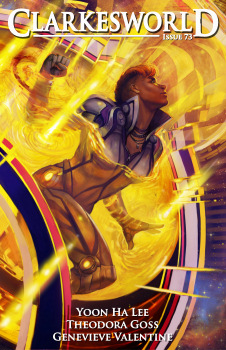