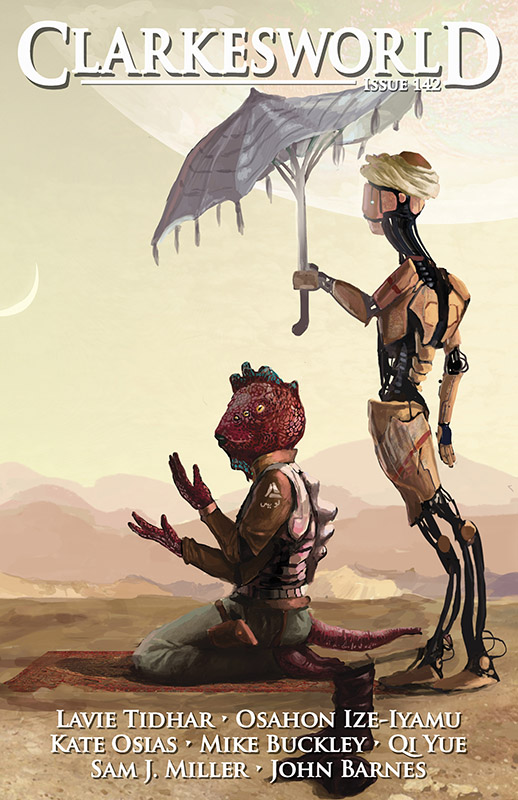 Luis Carlos Barragán is a Colombian science fiction artist and writer based in Cairo, Egypt. He received his B.A in Arts in Colombia and his M.A in Islamic Art and Architecture in Egypt. His first novel, Vagabunda Bogotá, won the 10th award of the Cámara de Comercio de Medellin, in Colombia. His second novel, El Gusano, earned an honorable mention at the 2018 Isaac Asimov Awards in Puerto Real, Spain. His artwork has appeared in the indie SF magazine Ustedes Humanos, on the cover of the Colombian science fiction anthology Relojes que no marcan la misma hora, and in several issues of Proxima Magazine, in Argentina. He has worked as a graphic artist for Casa E, in Colombia, and the World Food Program in Egypt. 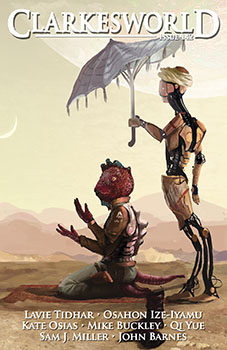