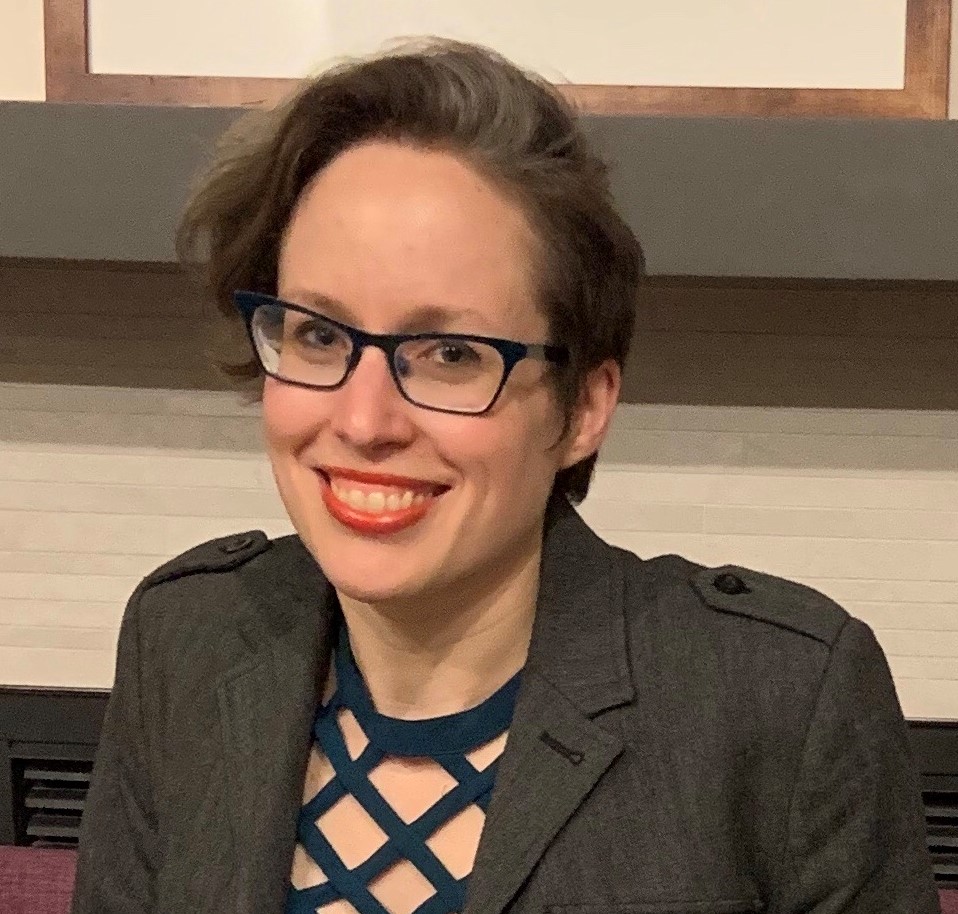 Aimee Ogden is an American werewolf living in the Netherlands. Her debut novella Sun-Daughters, Sea-Daughters was a Nebula Award finalist, and her short fiction has appeared in publications such as Lightspeed, Analog, and Beneath Ceaseless Skies. Her third novella, Emergent Properties, arrives in Summer 2023. She also co-edits Translunar Travelers Lounge, a magazine of fun and optimistic speculative fiction.

Aimee Ogden has the following works available at Clarkesworld:

The Architects judged Earth, and found its people guilty, before anyone ever knew they were watching. When they made themselves known, they did so entirely. Around the world, at 13:17 Greenwich Mean Time, phones and laptops flickered to life, and TVs changed channels. Where there were no screens to be had, other things served as […]
The company alarm sends Cass flailing out of bed with its first chime. If she lingers under the blankets, she’ll disturb Maya: if she doesn’t get up before the second alarm, the volume ratchets up to eighty decibels, and the smart thermostat will crank up the furnace to make the bedroom unpleasantly hot. She’s not […]
Once upon a time, a little girl had to die. It’s just math. Wrong place, wrong time. Bad luck; too bad, so sad. We’ve all heard such stories, told them, shared them, collected them. Not in the way that we collect trinkets; more like how a sock collects holes. We’re submerged in such stories, we […]
Sorrel never intended to confer a child to the Braxos Corporation. But Sorrel had never intended a lot of things that managed to happen with or without her say-so. She had scarcely marched across the auditorium, diploma in hand, when Congress passed the Protecting America’s Children Act. Education was handed over to the private sector; […]