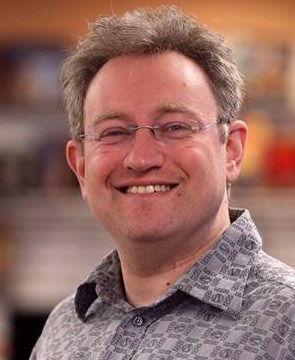 Alex Shvartsman’s translations from Russian have appeared in Clarkesworld, F&SF, Asimov’s, Tor.com, and many other venues. He’s the author of fantasy novels Eridani’s Crown and The Middling Affliction.

Alex Shvartsman has the following works available at Clarkesworld:

“I needed a true monster, so I went with a bird.” “Why?” “It’s impossible to reach an accord with a bird.” —From a conversation with film director Juraj Herz Bird-speak was the only reason Crowley got this job. Without it, he couldn’t have dreamed of landing such a cushy, well-paying gig. He had cautiously constructed […]
It is known that Númenor had sunk under a great wave, much as the Kievan Rus had perished in the flames of the invasion by the Golden Horde. In both cases, the legacies of those cultures live on. The descendants of Númenor had founded Arnor and Gondor, while the descendants of Kievan Rus live in […]
My sandwiches will soon appear on the kitchen shelf. Grandpa An doesn’t eat sandwiches because he has cancer. He has only a couple of months left to live. That’s what the doctor said in the corridor, and when I overheard it, I cried all evening long. This had been two winters ago, when I was […]
It’s telling that the Russian term used to describe speculative fiction doesn’t distinguish between science fiction and fantasy. The word is fantastika (фантастика)—the literature of the fantastic. It is used equally to reference the Three Laws stories of Asimov and the Middle Earth tales of Tolkien. It is this lack of distinction—combined with Russia’s rich […]