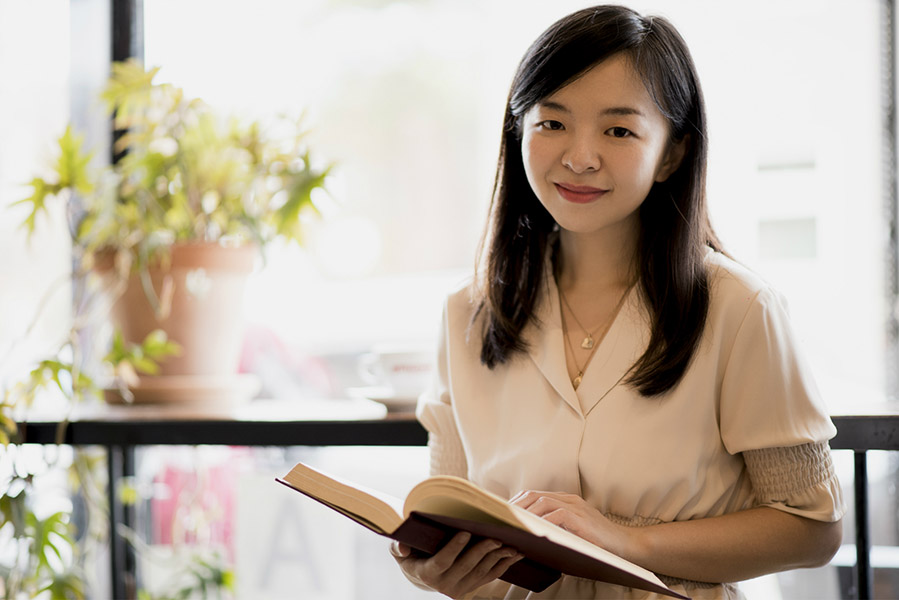 Congyun (a.k.a Mu Ming) Gu is a Chinese speculative fiction writer and a programmer from Beijing, currently living in New York, US. She was born in 1988 in Chengdu, China, and has published short stories and novellas in Chinese since 2016. Her stories can be found in Science Fiction World, Non-Exist Daily, Flower City, Chinese Literature Selection, and various writing contests and anthologies.

She has won multiple awards since 2017, including three Douban Read’s Novella Writing Contest Awards, first prize for The 7th Masters of Future SF Writing Contest, the Best Short Story at the 31st Galaxy Awards, the Silver Award for the Best New Writer Award in the 10th Global Chinese Sci-Fi Nebula Award and the Golden Award in the 11th one. She is also nominated for a 2021 IGNYTE Award for Best Short Story for her first English publication in Samovar. Her first collection Colora il Mondo will be published this year in Italian and will be followed by her first Chinese collection The Serpentine Band in 2022.

“My little girl once had a serpentine band that had scenes of red cliffs and white water carved onto it. Whenever she held it as she slept, she would dream of entering that world.” —Excerpt from “Notes about Yushan,” written in the early seventeenth century Prelude The water is not all that cold. It has […]