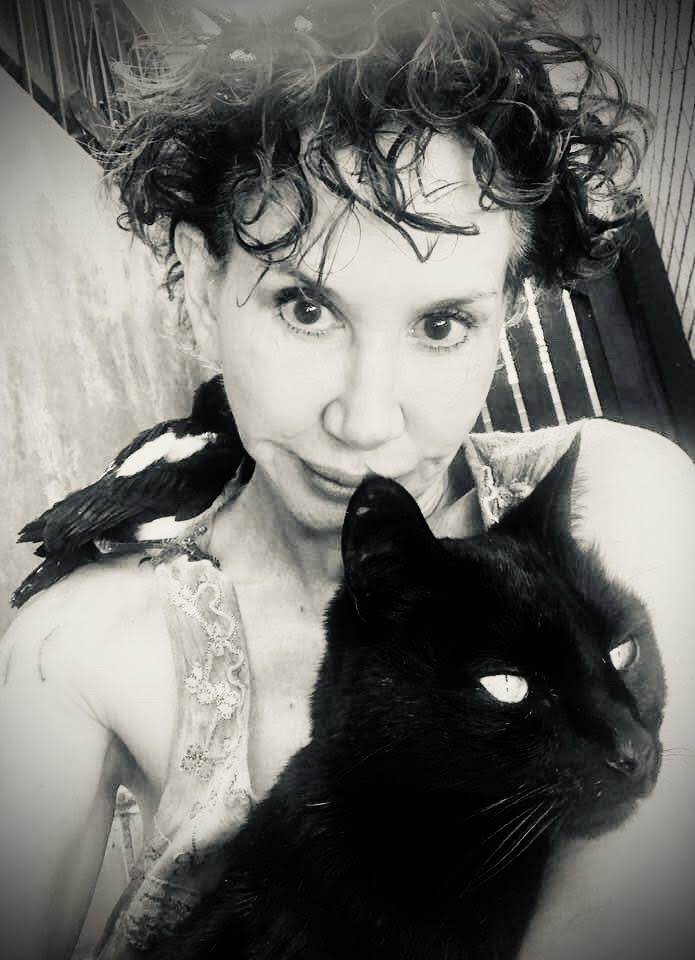 E.E. King is a painter, performer, writer, and biologist. She’ll do anything that won’t pay the bills, especially if it involves animals.

She’s been published in over a hundred magazines and anthologies, including Clarkesworld, Daily Science Fiction, Chicken Soup for the Soul, Short Edition, and Flametree. She’s published several novels and has been nominated for a Rhysling, and several Pushcart awards. Ray Bradbury called her stories, “marvelously inventive, wildly funny and deeply thought-provoking. I cannot recommend them highly enough.”

She’s shown at paintings at LACMA, painted murals in LA, and is currently painting a mural in Leap Lab in San Paula, CA.

She is also the co-host of The Long Lost Friends Show on Metastellar YouTube and spends her summers doing bird rescue.

E.E. King has the following works available at Clarkesworld:

About fifty miles (eighty kilometers) off the coast of Venezuela lies Bonaire, the “B,” in The ABC islands (Aruba, Bonaire, and Curaçao). There isn’t much to see on Bonaire, the capital Kralendijk is about three blocks long. The island is flat, warm, dry, and humid. The only notable wildlife are flamingos. In the evenings they […]
“I got my orders today,” said Sergeant Riku. His normally pale skin had faded until it was lighter than the inside of an unroasted almond. “They are sending me to Yūrei Island.” “Yūrei Island,” Hana’s skin also paled, “The ghost island, the place of hungry spirits.” “Do not say such things,” Riku replied. “Those are […]