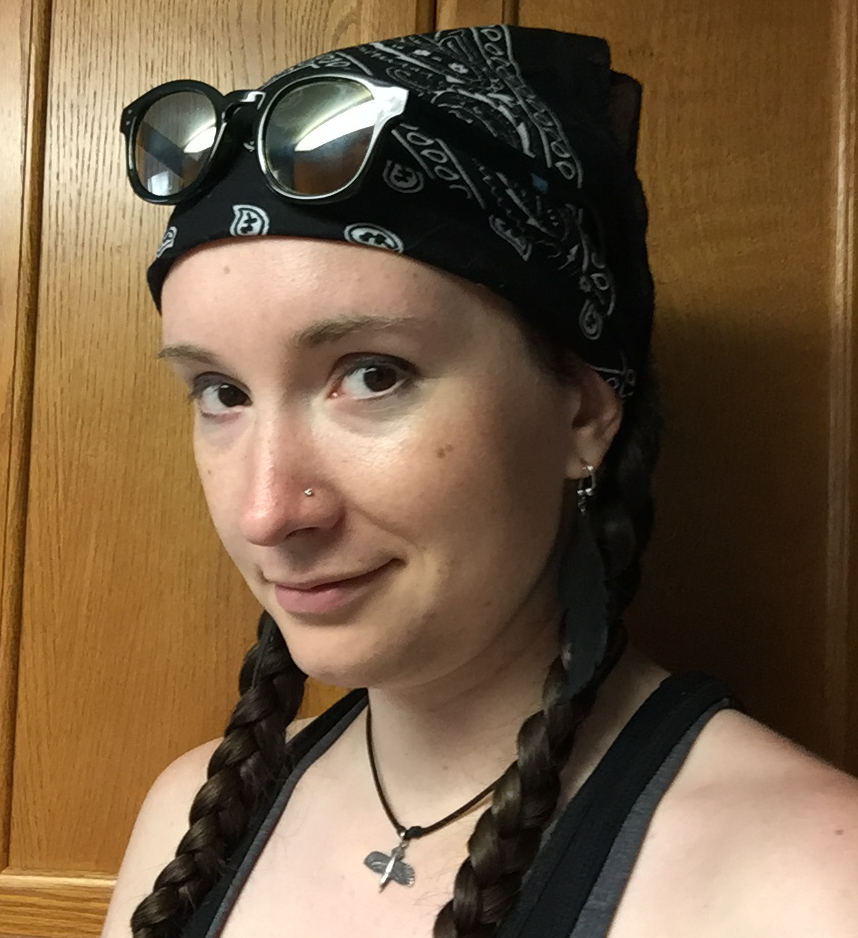 Elly Bangs was raised in a new-age cult, had six wisdom teeth, and once rode her bicycle alone from Seattle to the Panama Canal. Her short fiction has appeared in Clarkesworld Magazine, Beneath Ceaseless Skies, Escape Pod, Fireside Quarterly, and elsewhere–and her debut post-apocalyptic novel, Unity, is coming in April 2021 from Tachyon Publications. She’s a 2017 graduate of Clarion West.

Elly Bangs has the following works available at Clarkesworld:

The emergency call came in before the seagulls had even started crying. It found Quinn lying sleepless on the leaky air mattress she’d set up in the back of the shop, balancing an untouched glass of hours-old scotch on her stomach. She fumbled for her phone and raised an eyebrow at the severity rating the […]
It was a century ago today that you found the spark of life in this freeze-dried valley of death. The ghost of you in that moment is here with me now, Geiger counter in hand, sifting in holy awe through the wind-polished stones—to which your daughter would make her own heartbroken pilgrimage thirty years later—to […]