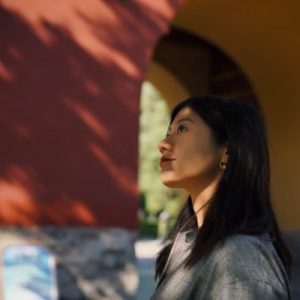 Emily Xueni Jin (she/her) is a science fiction and fantasy translator, translating both from Chinese to English and the other way around. She graduated from Wellesley College in 2017, and she is currently pursuing a PhD in East Asian Languages and Literature at Yale University. As one of the core members of the Clarkesworld-Storycom collaborative project on publishing English translations of Chinese science fiction, she has worked with various prominent Chinese SFF writers. Her most recent Chinese to English translations can be found in AI2041: Ten Visions For Our Future, a collection of science fiction and essays co-written by Dr. Kaifu Lee and Chen Qiufan (scheduled to publish September 2021) and The Way Spring Arrives co-published by Tor and Storycom, the first translated female and non-binary Chinese speculative fiction anthology (scheduled to publish April 2022). Her essays can be found in publications such as Vector and Field Guide to Contemporary Chinese Literature.

Emily Jin has the following works available at Clarkesworld:

The breaking news of the day came before dawn: a starship from Planet Monkey plunged into the port of Orange Town. When it came crashing down, it knocked over the chicken pen and laundry line of Lady Charla’s tavern, as well as the enormous sign of the local bar “Twister” and the town’s communication antenna […]
The transition was much easier than I had imagined. Standing by the console, I set the parameters following my usual observation procedure. I had memorized the numbers when Jin first mentioned them, and I double-checked his experiment records, just to make sure. I rotated the security knob counterclockwise, punched in the password number by number, […]
1 Shall I go ahead? The recorder is on? All right, let me begin. My name is Ilsa. I’m honored to have this job, acting as the sole sampling subject for Babel’s planned Kemorean language sheath. Honestly, I wasn’t surprised that they chose me. Let’s just say that I knew I would get it. You […]
“Mr. Huang has a few words to say . . . ” Everyone in the room stood up at once. The intelligent care robot, however, slowly turned its face in my direction. Emojis flashed on the blue screen. I wasn’t sure whether I understood what those emojis meant. “ . . . to you, in private,” the robot continued. I took a […]
After dinner, Wu Huang makes a dash for her brain-control helmet, barely having the patience to bring her dirty dishes to the sink. Through the closed doors of her room, she can hear her mother complaining again, but thankfully the helmet has blocked out most of the noise, leaving only a faint trail of incomprehensible […]
Him Alone in the darkness, he counts the tick-tocks. One, two, three, four, five, six, seven, eight, nine, ten, eleven, twelve . . . There are sixty seconds in a minute. His thumb slides from the tip of his index finger to the second knuckle. One, two, three, four, five, six, seven, eight, nine, ten, eleven, twelve . . . There […]
It was the end of all chaos. The room was clouded with murky smog. Ling Xi had coughed herself awake. She recognized the acidic smell of waste. It’s from the Agriculture Room, she thought to herself, the air pipes must have broken again. Rolling off her bed, Ling Xi began her simple washup routine. The […]
I escaped the city and returned home on a winter’s day. A vast gloomy sky, whitish-gray as the belly of a dead fish, stretched out in front of me. Sparrows flapped their wings as they hopped on and off the dead branches trembling in the ferocious wind, unable to perch. I shivered and tucked my […]
This is a globally popular reality TV show. The structure of the show is simple. The screen is split in half: on the left, the patient reclines in a sling chair; on the right sits the therapist. To preserve anonymity for both participants, their faces are replaced by vivid software-generated 3D cartoon versions and their […]