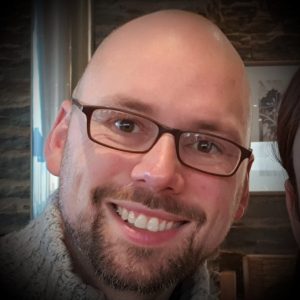 Revd Gordon James Jones was born and raised in Glasgow, lived for several years in Jönköping, and now calls Orkney home. He studied in Scotland and Sweden and has a degree in Scandinavian Studies from the University of Edinburgh and a degree in Theology from the University of the West of Scotland. He undertook postgraduate study at the University of Glasgow. Gordon has been published as a translator of Swedish science fiction and fantasy. He has also been published as an author in the international journal Health and Social Care Chaplaincy and as a contributor to several NHS Scotland publications. He is currently writing a history of mid-nineteenth century Dundonian bagpipe maker John Charles Cameron.

Gordon James Jones has the following works available at Clarkesworld: