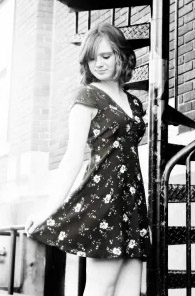 Laney Gaughan (she/her/hers) loves to write about haunted places and people. Her work has appeared in Luna Station Quarterly, Crow and Cross Keys Journal, and Ram Eye Press, among others. She lives and works in Wisconsin.

Laney Gaughan has the following works available at Clarkesworld:

Andy’s arm had belonged to a dead man before it had been screwed into his socket, wires spliced onto his nerve endings, and the thrumming metal drum plunged into the cavity of his ear. The doctor had done his best, of course, as well as could be done with a part hastily severed years ago. […]