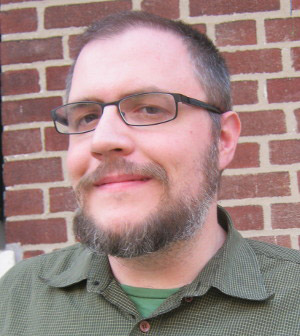 Leonard Richardson is a writer and software developer who lives in New York City. His fiction has appeared in Strange Horizons and Analog, and he’s the author of two SF novels, Constellation Games and Situation Normal.

Leonard Richardson has the following works available at Clarkesworld:

Ioris had learned one rule early in his pupal stage: never call the cops. The Akate take care of their own. However bad the trouble is, bringing in the greengloves will only make things worse. Apparently that rule didn’t apply here on the frontier. Ioris had brought a problem to Dr. Miew’s attention, and instead […]
A four-hour drive between me and my parents is a distance that works well for everybody. I can come back for a weekend, but they don’t call me back for every little thing. So when Mom did call me at work in the middle of the day and said, “Your father is acting weird,” I […]