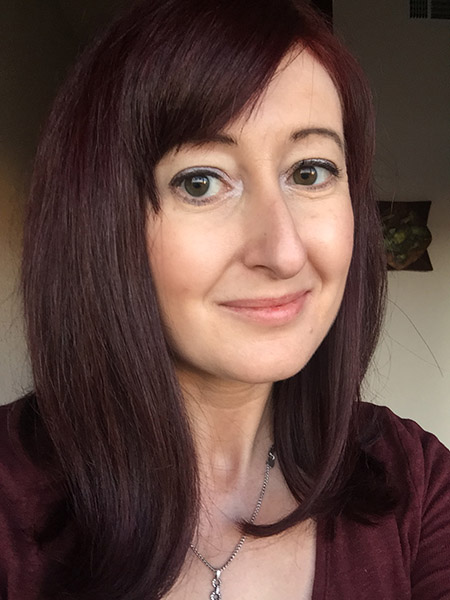 Nadia Afifi is a science fiction author whose short fiction has been published in The Magazine of Fantasy and Science Fiction, Clarkesworld, and Abyss & Apex magazine. Her novels include The Sentient and The Emergent, with the third novel in her trilogy scheduled for release in March 2023. She grew up in the Middle East but current calls Denver, Colorado home. When she isn’t writing, she loves to hike, cook and get lost in a challenging jigsaw puzzle.

Nadia Afifi has the following works available at Clarkesworld:

I clutch a flaky sausage roll and a miniature bottle of prosecco as I sit on the Northern Line train, waiting for my appetite to return. It’s hard to eat, though less hard to drink, after witnessing a public burning. The smell of smoke clings to my nostrils, tinged with something fouler. The unique, searing […]
The minister’s wife arrives at the Bahrain Ministry of Nanotechnology in a black limousine with dark, tinted windows. She normally eschews the hijab, but today, she’s wrapped in a black abaya with a full face covering, a useful method of concealing her identity without drawing attention from those who would question her presence here, of […]