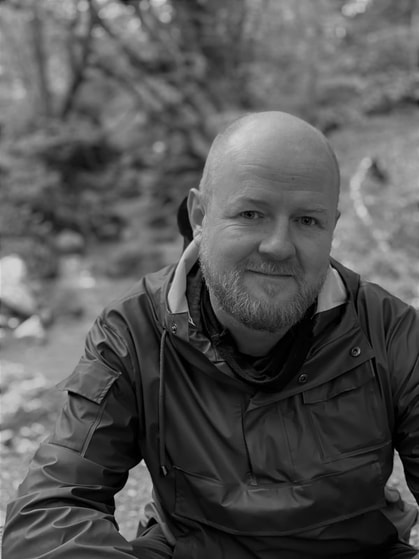 Ray Nayler has lived and worked in Russia, Central Asia, the Caucasus, and the Balkans for nearly two decades. He is a Foreign Service Officer, and previously worked in international educational development, as well as serving in the Peace Corps in Ashgabat, Turkmenistan. Ray began publishing speculative fiction in 2015 in the pages of Asimov’s with the short story “Mutability.” Since then, his critically acclaimed stories have seen print in Clarkesworld, Analog, The Magazine of Fantasy and Science Fiction, Lightspeed, and Nightmare, as well as in several “Best of the Year” anthologies. His SF translations from Russian have appeared in Clarkesworld and Samovar. His story “Winter Timeshare” from the January/February 2017 issue of Asimov’s was collected in The Very Best of the Best: 35 Years of the Year’s Best Science Fiction. Ray’s debut novel, The Mountain in the Sea, will be released this fall by MCD x FSG.

Ray Nayler has the following works available at Clarkesworld:

Deadwife picked this place, not me. She loved the beach. People who didn’t grow up near the ocean think the beach is paradise. They think of it as a destination. They aspire to living on the beach. To being near the water. They think they’ll walk along the sand every morning, barefoot, in some lazy […]
They found the torn lamb in the gold spring grass, beside the gravel road. The flies had found it first. But the flies were still lazy and slow. Later in the season, when they found a feast like this, you would be able to hear them buzzing from a distance. Elmira watched her brother Taalay […]
The causes of the disaster are these: First: The estimations of this planet’s temperature were incorrect. The beacon should never have been placed. This planet is no more capable of supporting human life than our own polar wastelands. Second: My companions are all dead. I do not know what happened for sure: Encoding errors in […]
The train hurled along at such speed my ears kept popping. We rushed through Voronezh in minutes. More accurately—through what was left of Voronezh. Where there had been a river, there was an empty trough. The fire had burned away the flesh of humanity here and retreated—for a time. Back when trains went slower, I […]
You are lucky. You were not born when the fires came. But I was. I was just eight years old, then. Imagine! For a long time, we knew the fires were coming. But they had been something only whispered of, something glimpsed on the horizon, something scented on the wind. They had remained unreal. Then […]
Shuttles in the rocking loom of history, the dark ships move, the dark ships move . . . —Robert Hayden, “Middle Passage” The harvest ship, low in its geosynchronous orbit, was so enormous it could eclipse the sun. Late in the harvest season, this eclipse would occur a quarter hour or so before true sunset. The descending sun’s […]