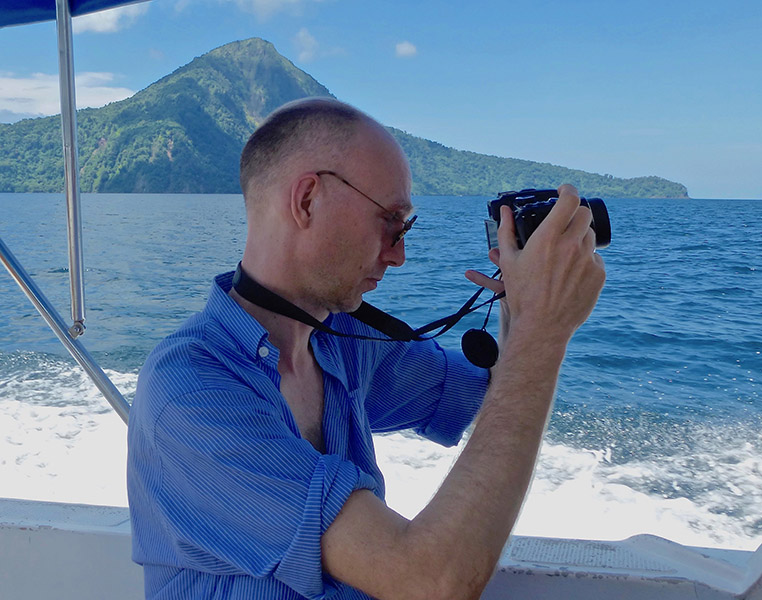 Robert V.S. Redick is the author of the epic fantasy Sidewinders (July 2021), sequel to the critically acclaimed Master Assassins. The latter was a finalist for the Booknest Award for Best Novel and was praised by Patrick Rothfuss as “a book I like so much I wish I could have written it.” He is also the author of the young adult epic fantasy series The Chathrand Voyage Quartet (The Red Wolf Conspiracy and sequels) and has taught fiction writing in the Stonecoast and University of Nevada, Reno, MFA Programs. A former environmental justice researcher and consultant, he has lived and worked in Indonesia (where he wrote Master Assassins), Argentina, Colombia, and many other countries. He lives with his partner, Dr. Kiran Asher, in Western Massachusetts.

Robert V.S. Redick has the following works available at Clarkesworld:

1. Eyepiece Disaster, betrayal, and the ship already blasting its horn. The family clusters around the packing crates, destitute, stunned. We must go regardless, says their father, this is the last ship, what else can we do? Their mother nods, frowning so as not to cry. The girl and the boy stand expressionless, shoulder to […]