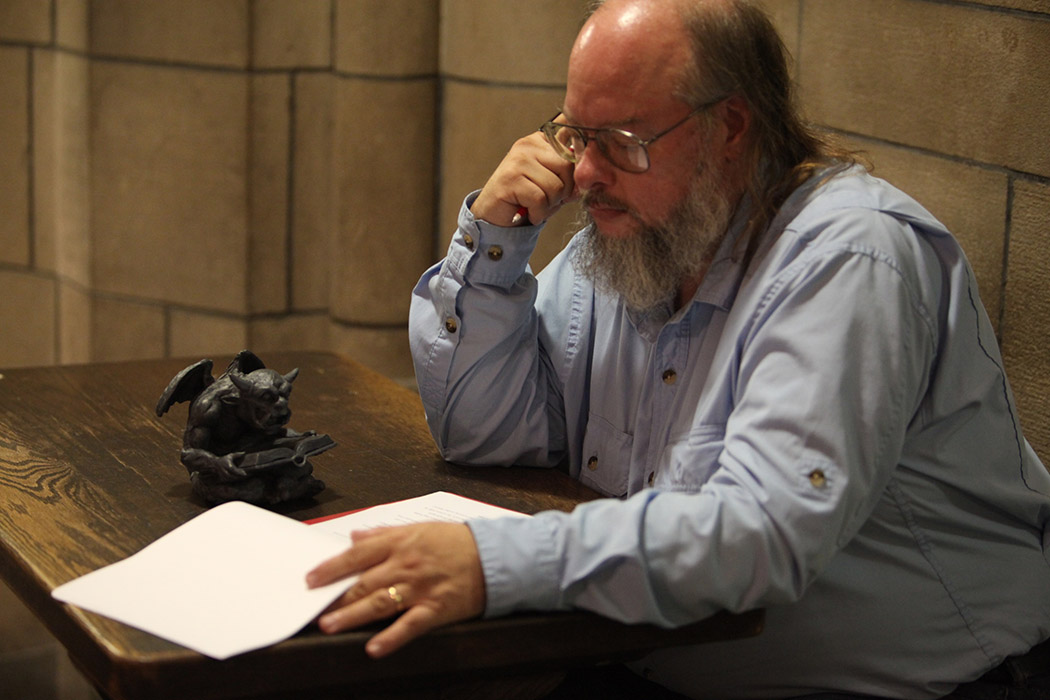 Timons Esaias is a satirist, writer and poet living in Pittsburgh. His works, ranging from literary to genre, have been published in twenty-two languages. He has also been a finalist for the British Science Fiction Award, and won the Asimov’s Readers Award. His story “Norbert and the System” has appeared in a textbook, and in college curricula. He was shortlisted for the 2019 Gregory O’Donoghue International Poetry Prize. His full-length Louis-Award-winning collection of poetry—Why Elephants No Longer Communicate in Greek—was brought out by Concrete Wolf.

Timons Esaias has the following works available at Clarkesworld:

This is what happened and how it happened, and why this mess is as it is. Draw what lessons ye may. The Purple Tide first emerged in Eastern Pennsylvania, oozing out of the landfill middens of New York City’s and Philadelphia’s trash. It moved with a sense of purpose, clearly looking for trouble. It stank […]