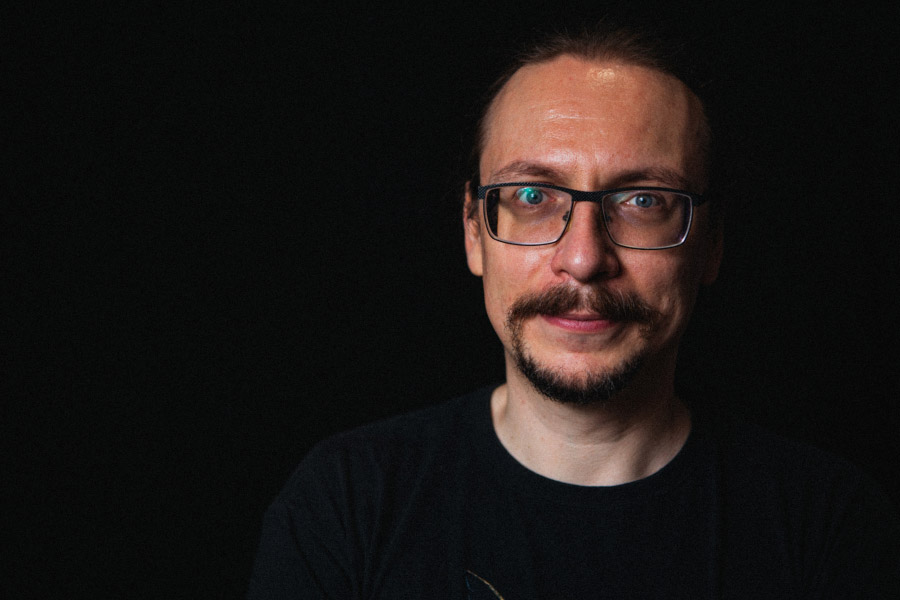 Volodymyr Arenev is a Ukrainian author of fantasy and SF for adults and teenagers, screenwriter, and teacher of creative writing. Arenev has written more than thirty books, including an urban fantasy trilogy on Russia’s aggression against Ukraine in 2014. His books are recommended for reading at school by the Ministry of Education of Ukraine. Volodymyr’s works have been published in Ukrainian, English, French, German, Polish, Lithuanian, Estonian, Chinese, and Russian.

Volodmyr’s novels include Soulhold (2014), Dragonbone Powder (2015), Doghead’s Child (2018), and Sapienses (2019). His work has been recognized by various literary awards including Best Creator of Children’s Science Fiction or Fantasy Books“ (ESFS Awards; Dublin, Ireland 2014), Best Fantasy Novel for YA (2018) by Barabooka, and BBC Book of the Year (Nomination Book for Children) (2019). His novel The Sworn Sword, or the Voice of Blood reached the finals of the most prestigious Ukrainian award, the Taras Shevchenko Prize.

Volodymyr Arenev has the following works available at Clarkesworld: