If you are new to the Clarkesworld family, you may not know that we also publish an annual anthology series that collects all the original fiction published over the course of a year. The first two volumes went by the name Realms 1 and 2, but since then they’ve carried the Clarkesworld name. The print editions look great on your bookshelf, but the ebook editions are good too. 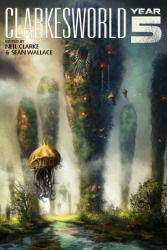 Our latest volume, Clarkesworld: Year Five, was released just before the holidays. (Yes, we are a bit behind, but have been making a valiant effort to get caught up.) At present, Year Six is scheduled for the end of the first quarter and Year Seven is on-track for release at Readercon in July.

Working on these volumes has been a fun look back at some of the amazing stories our authors have written for us over the years. I hope you all consider purchasing one or more. Every penny made from these volumes goes back into our fiction budget.

Read about our anthologies here:
clarkesworldmagazine.com/staff/#realms

Have you heard of Patreon?

Patreon is best described as a cross between Kickstarter and subscriptions. Instead of focusing on a big project, like a book or a movie, Patreon is for people who produce recurring content, like podcasts, YouTube channels, web comics, or a magazine. Patrons make pledges to give a monthly amount for each month that new content is released. Similar to Kickstarter, there are community giving goals and individual rewards for your support.

To make ends meet, we sell our books and electronic subscriptions, but over the years, people have repeatedly asked for other alternatives to support us financially. To that end, we’ve established a Patreon page and just like our promise to increase the number of stories we publish when we hit a specific subscriber count, we’ve added a similar goal to our Patreon page. We could have two additional stories per issue if both of these goals are met and as I mentioned previously, it would only take a small percentage of our readers/listeners to get us there.

Check out our Patreon page at:
www.patreon.com/clarkesworld

January means it’s time for our annual Clarkesworld Reader’s Poll. Each year, we ask our readers to pick their favorite cover art and original stories from the past year. Here’s a quick list to refresh your memory: 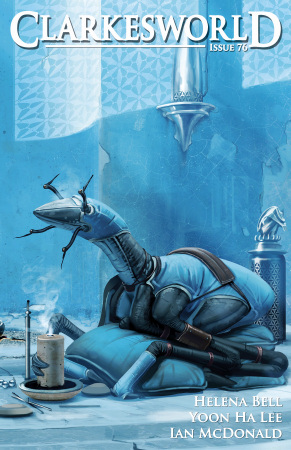 “Winding Down” by Alex Ries 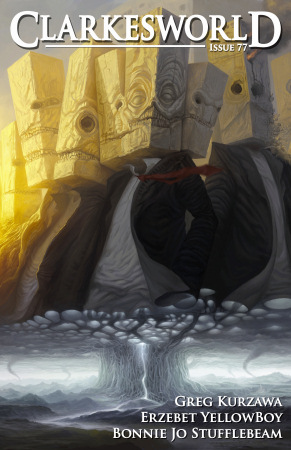 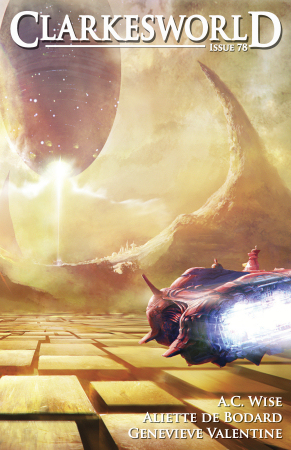 “The Emperor’s Arrival” by David Demaret 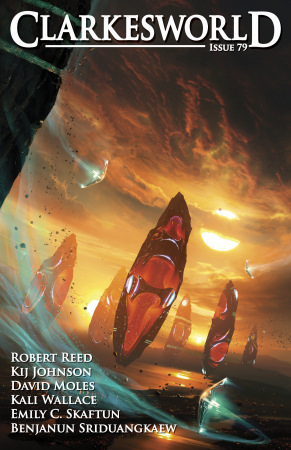 “The Awakening” by Alexandru Popescu 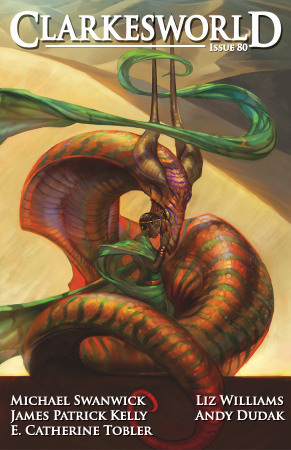 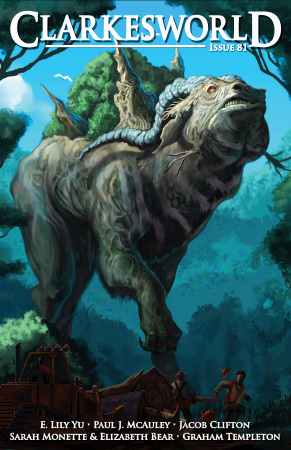 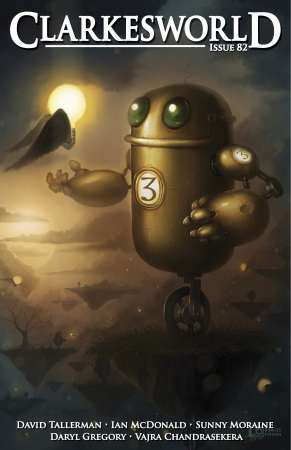 “The Land of Lost Dreams” by Dan Osborne 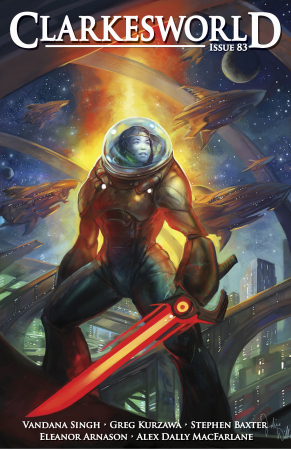 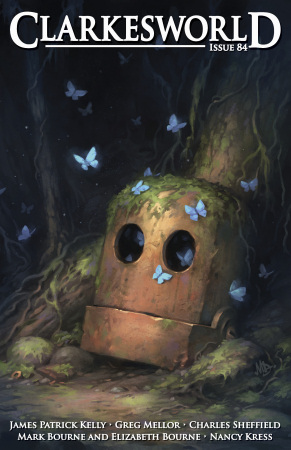 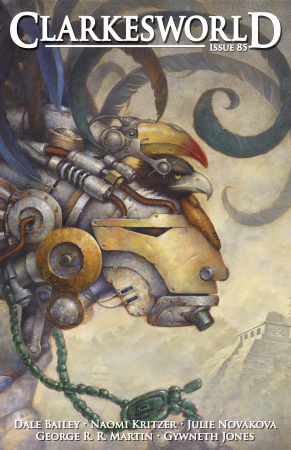 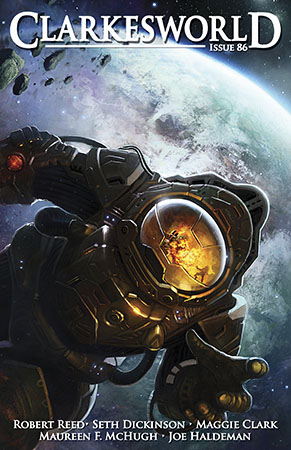 “Lost in Space” by Piotr Foksowicz 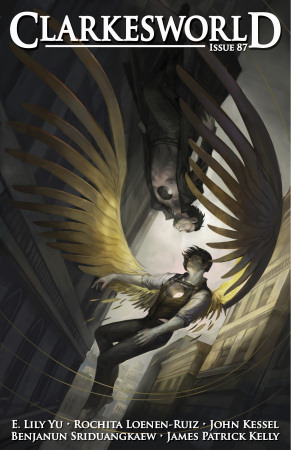 To participate, go to:

Please fill in the optional name and email address questions if you’d like to be entered into a contest where you can win either one of three copies of Clarkesworld: Year Five or, for one lucky winner,  the complete 2013 print run of Clarkesworld.

Our survey is open now and will continue through February 10th, 2014. Winners will be revealed in our March 2014 issue. 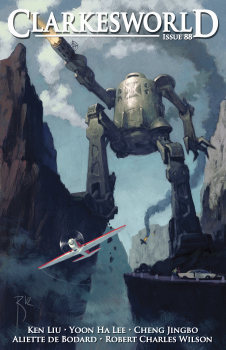