Over the years, I’ve taken advantage of these editorials to point out worthy causes and the good that our community has done. I’ve had the opportunity to talk about things that have ranged from crowdfunding projects by some of our authors to the amazing support my family and I received after my heart attack. These are stories that need to be told. Some are long and protracted. Others, like this one, are short and pointed calls to action.

My first exposure to Jay Lake was through his short fiction. Out of nowhere, his stories were suddenly appearing in every magazine I read. To be prolific and talented is a rare gift. Soon after, I started reading his blog, then his novels, and even had the opportunity to publish a few of his stories in Clarkesworld. He supported us from the beginning and that trust will always be remembered. Despite that fact that we live on opposite sides of the country, I’ve had the pleasure of meeting him several times, most recently at Worldcon. I think it only took five minutes to seal my high opinion of him.

Jay is also a father and a terminal cancer patient. The full story of Jay’s lengthy battle with cancer can be found on his blog. (jlake.com/blog) It’s a devastatingly heartbreaking story, even if you don’t know him.

Most recently, Jay volunteered to take part in an NIH trial. Basically he has become a guinea pig for new and untested treatments in the hope of extending his life and having more time with friends and family.

Unfortunately, the NIH doesn’t cover all the expenses and insurance companies won’t help pay for trials. As you can imagine, the expenses involved multiply quickly and surpass even the most well-planned budget.

Thanks to YouCaring.com, Shlomi Harif was able to set up a way to channel donations to Jay. The initial goal was set to $15,000 and the good news is that amount has already been raised by thanks to the generous contributions of many in and outside our community.

The campaign ends in early February and there is still time to make sure Jay has a financial safety net for those surprise expenses that have already begun to mount.

Please support Jay if you can. If nothing else, keep him and his loved ones in your thoughts and join us in wishing them the best. 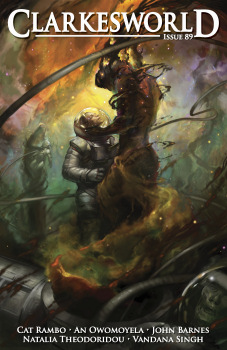