It’s hard to believe that it has been over two years since my doctors implanted my defibrillator. Life as a cyborg hasn’t been what my childhood self would have expected. I can’t run faster, see further, or even lift a car. A few times a year, I become a wireless transmitter, but all I can do is upload heart data to my cardiologist. It’s been long enough now that they’ve decided it was time for me to go in for some thorough testing. Late last month, I spent the better part of a day being run through a battery of tests, one of which left me radioactive enough to set off airport scanners.

My childhood self encouraged me to stomp around and roar. Consider it practice for when the radiation causes me to become fifty meters tall, which would be big enough to stand alongside my new best friend and fellow radioactive menace, Godzilla. That didn’t happen either. Reality can be such a disappointment.

Giant monsters remain a guilty pleasure. However, it’s a coincidence that “Postcards from Monster Island” was published in this issue. It was scheduled long before I knew I’d become a mildly (and temporarily) radioactive cyborg. Everything happens for a reason, so I’m convinced that this is just another sign that the universe enjoys mocking me for my genre affections.

The universe wasn’t the first one to mock me and certainly won’t be the last. One of the reasons my childhood self dreamed so passionately of being a cyborg or giant monster was bullying. I was a small kid, often the youngest in my class, geeky, and smart. In grade school, I was tormented physically and psychologically for years. Of course I’d dream about becoming a fifty-meter creature that could stomp on his enemies and exact revenge with a breath of nuclear fire. When the opportunity presents itself, going from bullied to bully is incredibly easy. We can rationalize anything when we’re embroiled in justified rage, even when it means becoming the things we hate.

I suppose from that perspective, the universe is really laughing at me because it knows that things turned out for the best. No superpowers, but they never kept me down and I still have my dignity and self-respect. That’s something to keep in mind as I move forward. 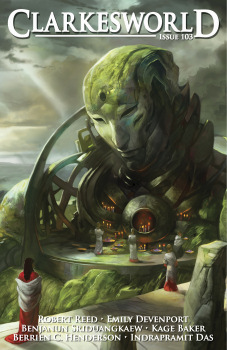