In the past, I’ve used these editorials to rattle on about the state of science fiction and fantasy magazines. The subscription and newsstand data for several of the big print magazines is easy to come by and published annually in Locus Magazine. For several years there has been some public concern about the decline in those numbers. Toss in the rising printing and the annual increases by the US Postal Service and you get income and expense lines that, in the most simplistic analysis, appear to be closing in on one-another.

Things aren’t going the best for online magazines either. There isn’t a standard go-to model to run a business like ours and all the old-standbys are unstable at best. Some of these include donations, advertising, t-shirts, affiliate programs and print editions. The economic situation of the last few years has provided our community with declines in one or more of those areas, forcing publishers to be more creative or simply take a broader and more time-consuming approach to generating income.

Survival requires being adaptable and one of the bigger adaptations happening in our field right now is providing ebook editions. The general wisdom is that this is one of the few growth markets in our field and, for now, the distribution and production costs tend to stay relatively flat. This has provided publishers an opportunity to reach new readers and offset losses in other areas. In our case, we’ve been offering EPUB and Mobi/Kindle editions of Clarkesworld for over a year now and it’s one of the main reasons we’ve been able to stay in business even as other revenue streams have fluctuated.

When it comes to genre magazines, there have been a few ebook success stories. One of the best examples is that of Asimov’s and Analog, which have managed to gain audience through ebook subscriptions without significantly impacting their print sales. In fact, overall readership is up. It is very clear that both magazines (published by the same company) have benefited from their relationship with Amazon, and in particular, the ability to offer subscriptions that are automatically delivered to your device/app.

One of the biggest complaints we’ve had about our ebooks is that people have to remember to come back to our site (or another retailer’s) each month to pick up the new issue. It’s a completely valid complaint. The flaw in the system is the delivery mechanism. Think about it. How many of you would listen to podcasts if you had to visit a site for each new issue, manually download the files, and then load them into your player? No, podcasts rely on having a delivery mechanism that makes it easy for you to subscribe and receive files in a seamless manner. With ebooks, no such infrastructure exists. For months, I’ve chased after the major retailers and have had responses that range from “not until we’ve worked out the optimal user experience” (seriously?) to “by invitation only.”

I kept hoping to hear something positive from B&N or Apple, but in the end, it was Amazon that stepped up and offered a possible solution. It was a bit more complicated than I had hoped, but eventually, we worked it out. Now I can proudly announce that Clarkesworld is the third science fiction magazine (behind Asimov’s and Analog) to be available for subscription on the Kindle (device and Android app). Woo-hoo!

What does this mean for Clarkesworld? If we can build a reasonable base of subscribers, it would provide us with a more stable operating budget and permit us to do things like: add more fiction, allow longer stories or add feature columns. If we’re going to do this right, we’re going to need a goal. How about:

If we reach that goal, I promise to increase the fiction budget to allow us to publish one more original story per issue. Five hundred subscribers would be sufficient to cover that cost and still allow us to put money aside as a financial safety net for the magazine. It would be awesome to be able to celebrate our fifth anniversary in this manner and I hope that we can count on your support to make this happen.With over twenty thousand readers, this should be an attainable goal, but it isn’t something we can take for granted. Tell a friend, tweet, blog, buy or give a subscription. This is the time you can help us the most.

Subscriptions cost $1.99 per month, billed monthly, and single issues are available for $2.99. Amazon set these prices, but I have to say that I’m very comfortable with what they came up with. As you may have noticed, I’ve been experimenting with the prices on our ebooks and according to my data, this is probably the right price point for us. We’ll continue to have sales and specials on back issues, but for now, this is how it will work. Amazon is currently offering a 14-day trial, so why not give it a try?

Oh and if you do subscribe, please give us some feedback. The Kindle magazine files aren’t incredibly flexible, but I’m sure there are ways we can improve. 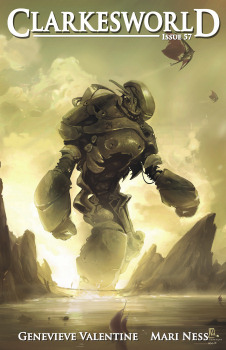