Frosty was a WHAT?!! 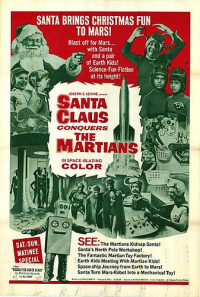 The holidays are upon us! Whether or not you believe in Santa or his minions, this is an unmistakably genre season. It’s the time of year when flying reindeers, snowmen coming to life, people wearing elf ears, singing chipmunks, and magical powers are socially acceptable. Into horror? Well, don’t dismay. There is something for everyone. For you, I suggest a visit to the mall for a little taste of what it will be like when the zombie apocalypse finally happens. Science fiction? How about Santa Claus Conquers the Martians? For me however, the one show that sums up the holidays is the original How the Grinch Stole Christmas! How can anyone not enjoy such a delightfully bad villain and his little dog Max? For decades, this has been a family staple... I suppose that says something about my family. Go ahead, though, and Pat little Cindy Lou Who on the head and send her back to bed. Nothing to see here, folks. No, nothing at all. 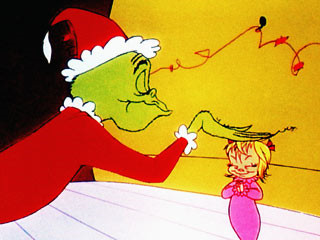 Anyway, in our house it will be Christmas with the Grinch, but there's so much more to chose from and every year we find something new and/or awful to add to the list. Whether it's an alternate history like It's A Wonderful Life or finding out that Frosty the Snowman was originally a cautionary tale about nuclear winter, we continue to be entertained by the Christmas sub-genre.

How about you? What would you advise us to watch this holiday season? My Netflix queue is near empty. Help me fill it with end-of-the-year viewing material! Best suggestion received by the 15th gets a copy of Wyrm Publishing's signed limited edition of Shriek: An Afterword by Jeff VanderMeer. And speaking of endings and the prospect of new beginnings, this is the last issue to feature fiction picked by editor Nick Mamatas. Although Nick stepped down several months ago, he had a backlog of accepted stories that is only running out now. This means that we start the new year with fiction that I've been selecting. I'm looking forward to what you think about them. Happy holidays!
Author profile 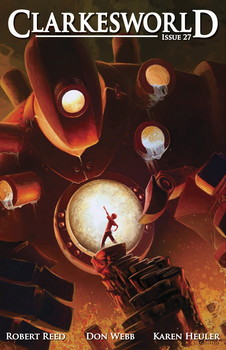