Talking Cells: Deciphering the Messages in Our Blood

The average human has between 4.7 to 5.7 liters of blood, all traveling throughout nearly 100,000 kilometers (approximately 60,000 miles) of arteries, veins, and capillaries that form the circulatory system. We’re quite familiar with the functions and purposes of many of the larger biological components found in our blood.

Recently, scientists have discovered that our cells use the circulatory system as the infrastructure for a vast and efficient communication network that sends biological messages throughout the human body. These messages coordinate the activities of our tissues and cells and are often perturbed in disease. Many of them are not cells or proteins. So, what are those messages and what do they really mean?

Many of us are familiar with two major types of cells found in our blood. The first are red blood cells (RBCs). Their role is to carry oxygen from our lungs to the tissues of our body. They also give our blood its canonical red coloration. RBCs carry hemoglobin, a protein which contains iron that physically binds with oxygen to transport it to our tissues. Since RBCs are so incredibly important, there are approximately 25 trillion of them and they make up the largest percentage of cells in our bodies.

White blood cells (WBCs) also have a prestigious reputation, and for good reason. WBCs are a major defense mechanism in our body. These cells come in many flavors, including microbe-eating macrophages, antibody-secreting B cells, and T helper cells. T helpers coordinate the activities of various other immune cells in circulation, often via secreted protein signals. And while there are many other kinds of immune cells, B cells and T helpers illustrate the example that our WBCs secrete proteins into the bloodstream for functional purposes. The cell-to-cell communication exhibited by T helpers is a vital feature for the proper functioning of our immune system.

Many of these proteins are the most studied of the small molecules in our circulation. When you go to the doctor you might get a blood panel and have one of many inflammatory cytokines assessed. Albumin is made in the liver and released into the bloodstream. Aptly described as a shuttle protein—it will safely ferry other molecules, including smaller proteins, to other tissues of the body. It is the most abundant protein in our blood and is integral to our everyday health.

For example, albumin binds with bilirubin, a toxic by-product that results from the metabolism of hemoglobin (that wonderful protein that carries our oxygen in RBCs). Too much bilirubin in our blood can cause jaundice and other serious health problems. Albumin soaks up bilirubin and returns it to the liver, where it can be safely processed and expelled from the body. Measurements of serum albumin serve as a biomarker for our overall health. Too much or too little in the blood warn of potential problems in the liver, kidney, and other tissues.

Angiotensin is a hormone that is released into the bloodstream and it binds with receptors on the surface of our endothelial cells. Those cells form the innermost layer of our blood vessels and protect/separate the surrounding tissue from direct contact with the blood. When they are bound to angiotensin, they initiate their own signaling pathway that is received by vascular smooth muscle cells. These cells surround our vessels and control dilation and constriction in order to lower or raise our blood pressure. Several medicines that control blood pressure interfere with angiotensin’s ability to bind endothelial cells and interrupt messaging.

Scientists have known the importance of albumin and angiotensin and other proteins like them for some time now. There’s certainly more to learn, but we have a clear idea of their major roles in human physiology. Less is clear about the other entities found in our blood and those that make up a significant portion of the cellular communication network.

In the 1960s, clinicians observed cell-like, membrane-enclosed particles in the blood. These particles were much smaller than a typical cell yet contained many proteins that appeared to have a purpose in assisting blood coagulation. In the 1980s, it became clear these particles were a type of enclosed vesicle with content stored inside of them. Additional vesicles were found to contain other proteins that had functional roles besides helping with coagulation.

One such protein found is called ferritin. Scientists observed that it was synthesized within immature RBCs, packaged into small vesicles, and then released into circulation. Ferritin’s role in the bloodstream is to soak up free iron and transport it to tissues that have a need for it. Vesicles protect and serve as a safe shuttle pod for ferritin and other proteins to find their target tissues.

Today, we refer to all the different types of vesicles in the blood collectively as extracellular vesicles (EVs). EVs perform a variety of functions, including transporting material into and out of cells, shuttling proteins, and acting as a carrier for molecular messages and signals between our tissues. We all have EVs in our blood and they come in a variety of sizes.

The smallest EVs are called exosomes. They are on average 50 to 100 nanometers, whereas a typical WBC is anywhere from 10 to 15 micrometers in size. This means that exosomes are typically 200x smaller than our immune cells. There are also larger vesicles called microvesicles, which are only 20x smaller than our WBCs, and even larger vesicles can form as cells break apart into smaller pieces during processes like programmed cell death. Each of these classes of EVs have unique functions, but we will focus just on exosomes for our discussion here.

Exosomes are found in nearly all of our bodily fluids and they can contain a variety of different cargo, such as: protein-coding mRNAs, very small RNAs, lipids and cholesterol, mitochondrial DNA, and signaling proteins and hormones. The outside surface of exosomes contains numerous protein receptors that help each exosome recognize specific tissues and cell types and bind with them in order to deliver their cargo to cells. For example, RBCs package and shed vesicles that can contain proteins important for insulin signaling. In diabetics with insulin resistance, these vesicles contain higher concentrations of these proteins and when these exosomes bind with recipient WBCs, these higher concentrations influence WBC function. Further understanding of this messaging system may shed light on how insulin resistance can be more effectively treated in diabetic patients.

Given the complexity of the human body, it is unsurprising that our tissues must constantly talk with one another. The circulatory system provides a very convenient passageway for information in vesicles to flow between tissues near and far and EVs ensure that this information gets to the right destination. But just like all other cellular processes, this mail delivery system is not immune to becoming corrupted. EV and exosome concentration in the bloodstream decreases as we age. As well, the cargo of EVs in older adults is different, with higher concentrations of key proteins that may stimulate unnecessary cellular growth and proliferation. This may be a clue into the onset and development of age-related cancers, but we’re still unsure why EV content changes as we grow older.

Numerous cancers also use exosomes to communicate with our healthy tissues. Exosomes are secreted by tumor tissue to signal with cells in the nearby tissue environment and induce changes in noncancerous cells. These alterations generally favor the tumor and further promote that tumor’s growth. As well, when a tumor cell metastasizes, exosomes packaged and released by the cancerous cells will communicate with the new tissue site in order to induce physiological changes that promote the growth of the secondary tumor. This includes the release of hormones that spur the creation of new blood vessels to fuel the growth of the tumor in its new environment. Clinicians can now screen circulating tumor exosomes in our bloodstream to use as biomarkers for metastatic tumors in cancer patients and thereby aid their diagnosis or treatment.

Aside from some cancers, it’s still relatively unknown from which healthy tissues many of the EVs found in our blood originate. Additionally, researchers are only just beginning to distinguish the functional EV packages from cellular garbage and debris released via cell death or cellular damage. Understanding how to differentiate between these will be vital to push this field forward. It is possible that once this code is cracked, we could enter a new era in modern medicine where taking blood panels of our EVs will be useful to evaluate our own health or disease progression.

We also know there are small pieces of DNA and RNA found free-floating in our bloodstream, neither bound within EVs or attached to the outside of a cell. As of now, researchers are unsure of the purpose of the presence of these chunks of nucleic acids. Recent evidence suggests these small bits of genetic material are communicating with cells and influencing cellular activity.

Laboratories around the world are working to decode and understand the complete profile of RNA in the blood. We know that some specific circulating RNAs are already useful as biomarkers for specific diseases, just like exosomes. Blood concentrations of specific RNAs correlate with how a patient may react to a particular cancer treatment, such as serum levels of one RNA known as miR-193b. Assessing the concentration of miR-193b in the blood can differentiate esophageal cancer patients into good or poor responders to chemoradiation therapy. Knowing this could ultimately help tailor personalized approaches to disease therapy.

There are thousands of different RNAs in the blood and it could be that each of them is a biomarker for a particular disease or health outcome. We observed in my laboratory that circulating RNAs will also decrease in concentration in our blood as we get older, including in healthy individuals. We’re unsure what this means for the function of our tissues or cells, where these messages are intended to go, or what it means for our health if we modulate or change them. It’s possible that decreased communication between our cells and tissues results in age-related declines in their function or even spurring the onset of disease. We’re still on the frontier in this regard.

One thing is certain—our cells and tissues are constantly talking with one another by using the blood as a highway for their secret messages. If we can learn to speak this new language and truly understand and interpret how our tissues communicate, we can deepen our knowledge about how our cells work. We may even be able talk back to them, too.

Douglas Dluzen, PhD, is a senior science writer and editor at the NIMHD. He is a geneticist and has previously studied the genetic contributors to aging, cancer, hypertension, and other age-related diseases. He loves to write science and science fiction while sitting on the couch with his wife Julia (who has immeasurably helped him fact-check and edit his work), son Parker, and daughter Cedar. 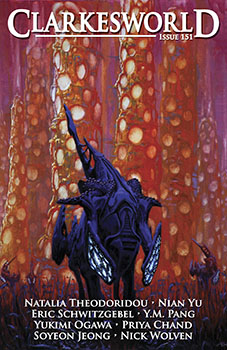