Despite having already published several novels, Australian writer Margo Lanagan first came into focus in most readers’ minds with the publication of World Fantasy Award-winning collection Black Juice (2004) and its signature story, “Singing My Sister Down.” Since then, she has published another collection, Red Spikes, which was named a Publishers Weekly book of the year and a Horn Book Fanfare. Her latest novel, Tender Morsels (Knopf, October), is a tour de force of sustained narrative, weaving folktale with brutal reality. Teenage mother Liga, abused by her father and others, escapes to her own alternate world, only to be followed by wild bears and other dangers that threaten her safety. From there, the reader is drawn into a rich, original story that sometimes cloaks itself in the familiar but is at its heart deeply strange in the best possible way. I would very surprised if Tender Morsels did not make several year’s best lists and awards ballots, as the novel recalls such masters as Angela Carter and Rikki Ducornet, while being intensely Lanagan’s own.

I interviewed Lanagan about Tender Morsels via email in September of this year. 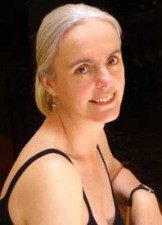 Who is the tender morsel?

The most obvious tender morsels are the daughters, Branza and Urdda, and the dwarf Collaby Dought indicates this when he’s just about to be eaten by a bear, pushing the girls forward and saying ’There is nothing of me but a scrap of leather! Please, my lord, have these! . . . So plump, so tender! Full of juice and fat! They will make a fine meal for you!’

Less obviously, Lisa is a tender morsel too, devoured by her beastly father and by the town boys. Even less obviously, all the women are tender morsels, at the mercy of the men’s beastlier instincts as well as being protected and prized by them.

Joining them in their vulnerability to abuse are the children of the town, Vivius Strap’s donkey, the wild bears when a party of hunters is after them, and every horse, dog, sheep and goat that comes under the control of a human being.

The novel is told in very distinctive voices. How difficult was that to maintain throughout?

Easy-peasy, once I got it going. The trouble was not writing in it when I moved on to other things!

No, the narrative voice was there pretty much from the first scene I wrote (which remains as the first scene of chapter 1, the first miscarriage scene). And then, just when I thought it was all getting a bit smoothly flowing and pleasant, Collaby Dought introduced himself, and he was so rude and greedy and blunt and funny, he refreshed the whole story. [Then] I had Bullock take over that role of the ungrammatical but very straightforward speaker, and Muddy Annie’s dialogue was also in that vein.

But I always wanted the story to feel like a fairytale, and the main third-person narration I wanted to have the weird combination of privileged knowledge and slight distance, slight hovering-over the subjects’ lives and stories, slight objectivity, that traditional oral-based stories often have.

Right from the opening lines, this is a very “adult” YA novel. Do you think about audience when you write a book like this?

I try to think less about audience than I used to. With this one, though, I was conscious, mostly as I wrote the first couple of chapters where all the awful sexual stuff happens (oh, and the good sex of the prologue), that it was likely to be marketed somewhere as YA, so I was careful (a) to warn people straight up with the first sentence (’There are plenty would call her a slut for it.’) and (b) to glide without description over the very worst parts of the assaults on Liga. You never see the details of her being raped by her father, and there is a big jump-cut past her rape by the town boys. This way, readers who want to preserve something of their innocence can glide right with me; they know that something awful happened, but they don’t have to watch either event as Muddy Annie says, ’from first fumble to last thrust and drizzle’. Less innocent readers will have to endure the images their imaginations throw up at them, and may not even realise that I only suggested them, didn’t actually draw them on the page.

Some people think this is your first novel, although it most definitely is not. Can you tell us a little about your other novels, and are they only available in Australia, or . . . ?

Quite a lot of those novels are my apprenticeship novels, teenage romances written pseudonymously in the early 1990s. There are also three junior fantasies, WildGame, The Tankermen and Walking Through Albert, published 1991, 1992 and 1998, and two naturalistic YA novels set in Sydney, The Best Thing and Touching Earth Lightly, published 1995 and 1996. With the Internet, nothing is only available in Australia any more, and if you should happen to want the YA novels in Dutch, German or Italian, they’re available too. But I should warn you, there is a woeful absence of technology any more sophisticated than a VCR and a landline telephone.

Not really; I know the parts of life that I like to explore in fiction are often the parts that many people don’t like to even look at, let alone spend time wondering about, so I have to expect the occasional knee-jerk reaction.

But really, compared to the movies and just your normal day’s worth of free-to-air television, my stories are quite tame. I sometimes think it’s just easier to attack a book, because it isn’t backed up by so much money and celebrity power, than it is to complain about a movie or TV show you think is showing sex or violence too graphically. The movie/TV powers-that-be tend to shrug and say, ’Well, no one’s forcing you to watch,’ but the same rule rarely seems to be quoted in relation to books—their simple presence, their availability, say, in a school library, is enough to have some people *cough*Ms Palin*cough* foaming at the mouth.

To what extent does living in Australia influence your fiction? Some would claim that when you write fantasy the place in which you live is at best expressed in your fiction indirectly . . .

This is a big, rich question. In terms of Tender Morsels . . . Well, I was just about to say, this is not Australia, this is some kind of fairytale Eastern Europe, but in fact you don’t have to look very hard at this book to find the kind of boofhead male behaviour Australia has something of a reputation for, so maybe my homeland is making itself felt that way.

Then you could start drawing all sorts of parallels about St Olafred’s being the centre of commerce and politics and power and Liga’s cottage being all isolated and remote down there in the valley—but then you’d be getting silly.

I don’t know that this is a question that can be answered from the inside. There are some US readers who say they can see a characteristic ’Australian-ness’ in my stories, but I don’t really know what they’re talking about. People tend to fixate a little on this, and spot Australianisms where they don’t exist; for example, assuming that any strange turn of phrase they encounter is something characteristically Australian, when in fact, you know, I’m a writer, I make things up. Or that any dark-skinned person in a story is Aboriginal; generally my dark-skinned people are just dark-skinned people.

Why do you write? And what would happen if you stopped writing?

I write because, when I was pushing thirty, I decided that, as I had no burning ambition to do anything in particular, I needed to choose an activity to focus on that I could possibly develop into a career, but that was also rewarding in itself. I think perhaps I concentrated too hard on the career-development aspect for a while; these days it’s primarily the reward-in-itself that I try to keep foremost in my mind as I write.

If I stopped writing, I’d have to find some other outlet for this vast backlog of ideas I’ve accumulated. I’d probably collage, and maybe take the WD-40 to my drawing skills.

What about the world do you most love?

The fact that I’m not here by myself. 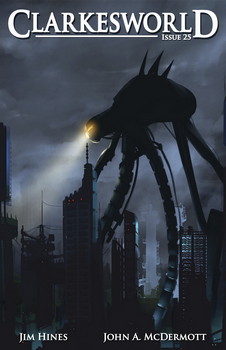